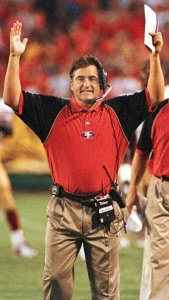 NFL // 1 year ago
Chiefs-Raiders rivalry looks like mismatch time
The Oakland Raiders and the Kansas City Chiefs had one of the hottest rivalries in football for a long time, first in the American Football League and later in the NFL.

NFL // 1 year ago
49ers TE Dwight Clark's ashes buried next to goal post from 'The Catch'
Former NFL tight end Dwight Clark's final resting place resides next to a memento from his most famous play.

NFL // 2 years ago
NFL says Raiders complied with Rooney Rule
The NFL announced that the Oakland Raiders were in compliance with the Rooney Rule during the hiring of Jon Gruden as their head coach.

NFL // 2 years ago
NFL investigating whether Raiders broke Rooney Rule
The NFL has launched an investigation into whether the Oakland Raiders violated the Rooney Rule during their hiring of Jon Gruden as head coach.

NFL // 2 years ago
Jason Garrett hasn't talked to Tony Romo since season ended
Once a vital part of the Dallas Cowboys' success, Tony Romo has been relegated to second fiddle, in all forms of the expression.

Sports News // 3 years ago
Colin Kaepernick controversy: Why both sides are wrong
Both sides have it wrong in the discussion over Colin Kaepernick and his refusal to stand for the national anthem. 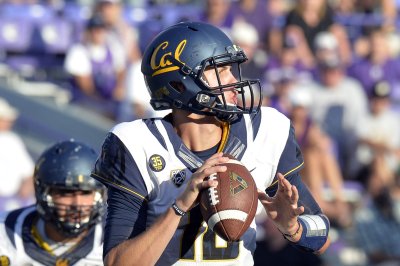 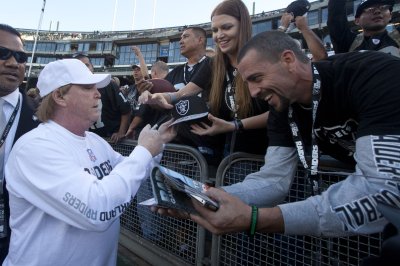 NFL // 4 years ago
Raiders rule cross-bay 49ers because of their owners
A quarter-century ago, the World Series in the Bay Area was interrupted by an earthquake. Now, as we prepare to head to the Bay Area for Super Bowl 50 in three months, an earthquake of another kind is taking place among the area's two NFL franchises.

NFL // 4 years ago
The NFL is ripe with the stench of desperation
As the National Football League limps into the halfway mark of the season, there is something distinctive in the air -- the smell of desperation.

Mariucci was born and raised in Iron Mountain, Michigan, and was a three-time All-America (Division II) quarterback at Northern Michigan University (NMU) in Marquette. In 1975, he quarterbacked NMU to the NCAA Division II National Football Championship.

He began his coaching career at his alma mater (1978–79), and moved to Cal State Fullerton (1980–82) and Louisville (1983–84). Mariucci's first pro position was as a receivers coach for the USFL's Orlando Renegades in 1985. Later that fall, he had a brief stint with the Los Angeles Rams as quality control coach.

FULL ARTICLE AT WIKIPEDIA.ORG
This article is licensed under the GNU Free Documentation License.
It uses material from the Wikipedia article "Steve Mariucci."
Back to Article
/