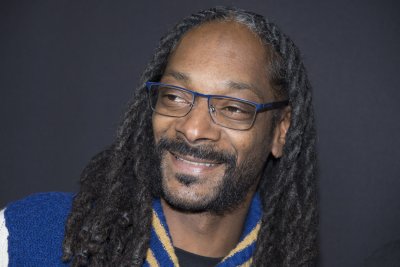 Entertainment News // 5 years ago
Spike Lee's latest film to be first Amazon Original
Spike Lee's upcoming major film will be the first produced by Amazon's new production company, Amazon Studios.
U.S. News // 7 years ago
Only 4 missing in Washington State mudslide as medical examiner identifies more bodies
Only four people remained missing Thursday from the deadly Washington State mudslide as authorities announced three more bodies had been identified.
U.S. News // 7 years ago
Medical examiner: 39 now confirmed dead in Washington State mudslide
A total of 39 bodies have been recovered from the mudslide that hit Oso, Wash., the Snohomish County Medical Examiner reported Wednesday.
U.S. News // 7 years ago
Soldier who killed himself was nephew of missing mudslide couple
Spc. Christopher Dombroski killed himself after having taken an emergency leave of absence from the Army to search for aunt and uncle.
U.S. News // 7 years ago
24 confirmed dead, 22 missing in Washington mudslide
Snohomish County, Wash., officials identify 17 of 24 dead and say 22 remain unaccounted for.
TV // 7 years ago
Former 'Game of Thrones' star Sean Bean gets new TNT series
British actor Sean Bean has been cast as the lead in the spy drama series "Legends," which is to premiere in 2014, TNT said Wednesday.
Entertainment News // 8 years ago
People in the news
The latest news on today's hottest celebrities ...
Music // 8 years ago
Early Iron Maiden drummer Clive Burr dead at 56
London-born Iron Maiden drummer Clive Burr has died from health complications due to multiple sclerosis, his family said Wednesday. He was 56.
TV // 9 years ago
NBC sets air date for 'Awake'
NBC says it has scheduled the premiere of its new U.S. drama series "Awake" for next month.

This particular gang, they were very sophisticated and very adept at what they were doing

Steve J. Harris (born December 3, 1965) is an American actor who has appeared in a number of films including; Quarantine, Tyler Perry's Diary of a Mad Black Woman, Bringing Down The House, The Rock, The Mod Squad, and Minority Report. He is most famous for his role as Eugene Young on the legal drama The Practice. He has done voice work for the animated television show The Batman. He has also appeared on Law & Order and earlier had a recurring role on Homicide: Life on the Street.

He is the older brother of actor Wood Harris. He was born in Chicago, Illinois, the son of Mattie, a housewife, and John Harris, a bus driver. He attended St. Joseph High School in Westchester, Illinois, a private school known for developing professional athletes. Harris earned a B.A. Theatre Arts from Northern Illinois University. Harris holds a Master's of Fine Arts degree in theater from the Professional Theater Training Program at the University of Delaware.

In 2006, he appeared in the now-cancelled TV series Heist. He also appeared in an episode of Grey's Anatomy.

FULL ARTICLE AT WIKIPEDIA.ORG
This article is licensed under the GNU Free Documentation License.
It uses material from the Wikipedia article "Steve Harris."
Back to Article
/