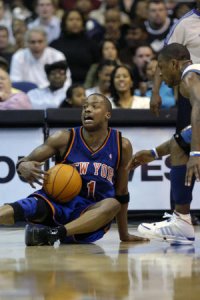 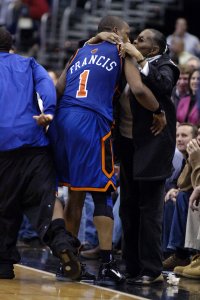 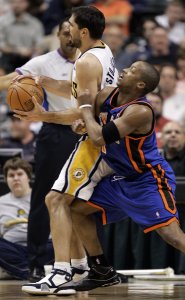 College Basketball // 4 years ago
Refreshed freshmen lead No. 22 Maryland over Minnesota
MINNEAPOLIS -- Maryland coach Mark Turgeon broke from his standard practice schedule before the No. 22-ranked Terrapins were set to play in Minnesota on Saturday.

I'd take that shot in the flow in the game

Steven D'Shawn Francis (born February 21, 1977, in Takoma Park, Maryland, U.S.) is an American professional basketball player, who is currently a free agent. Nicknamed "Stevie Franchise" and self-described as "Steve-O", he was known early in his career for his crossover dribble, driving ability, and flashy dunks.

Francis grew up in Takoma Park, Maryland, with little money and no father. He was nicknamed "Wink" as a child. After his mother died of cancer in 1995, his grandmother raised him. He stopped playing schoolboy basketball for two years after his mother's death.

Francis attended the San Jacinto College of Texas in 1997, and the Allegany College of Maryland in 1998. Francis became the first player to take two unbeaten teams into the National Junior College Tournament.

FULL ARTICLE AT WIKIPEDIA.ORG
This article is licensed under the GNU Free Documentation License.
It uses material from the Wikipedia article "Steve Francis."