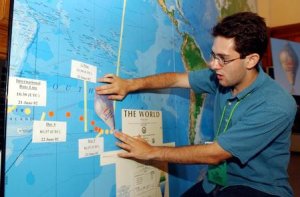 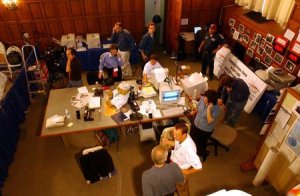 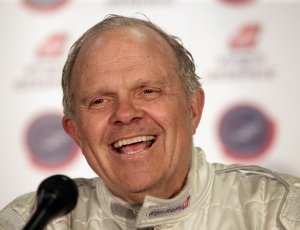 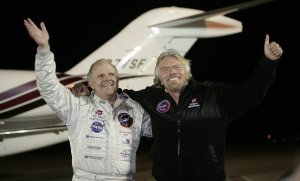 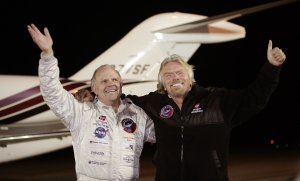 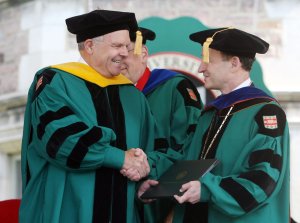 Top News // 2 weeks ago
The Almanac
On Feb. 11, 2016, the last four remaining armed occupiers at the Malheur National Wildlife Refuge in Oregon surrendered after a 41-day standoff.

If it wasn't for Preston, I think we would have had no chance of ever finding Steve

As anyone can imagine, this is a difficult day for our family

As you can imagine, we are all terribly excited but emotionally drained

We're looking for a fast jet stream over Australia, but low ground winds at the same time

James Stephen Fossett (April 22, 1944 – c. September 3, 2007) was an American commodities trader, aviator, sailor, and adventurer and the first person to fly solo nonstop around the world in a balloon. He made his fortune in the financial services industry, and was best known for many world records, including five nonstop circumnavigations of the Earth: as a long-distance solo balloonist, as a sailor, and as a solo flight fixed-wing aircraft pilot.

A fellow of the Royal Geographical Society and the Explorers Club, Fossett set 116 records in five different sports, 60 of which still stood when he disappeared

On September 3, 2007, Fossett was reported missing after the plane he was flying over the Nevada desert failed to return. Despite a month of searches by the Civil Air Patrol (CAP) and others, Fossett could not be found, and the search by CAP was called off on October 2, 2007. Privately funded and privately directed search efforts continued, but after a request from Fossett's wife, he was declared legally dead on February 15, 2008.

FULL ARTICLE AT WIKIPEDIA.ORG
This article is licensed under the GNU Free Documentation License.
It uses material from the Wikipedia article "Steve Fossett."
Back to Article
/