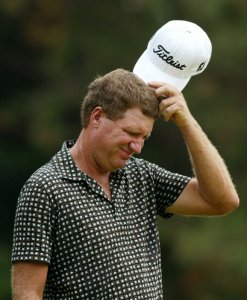 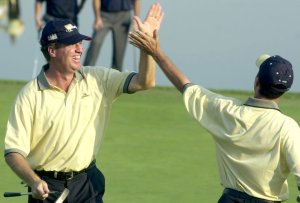 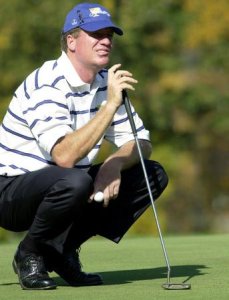 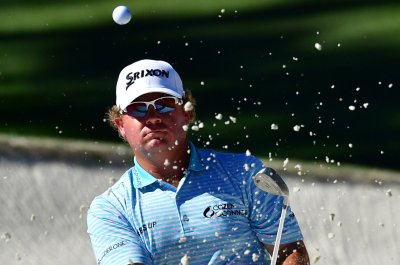 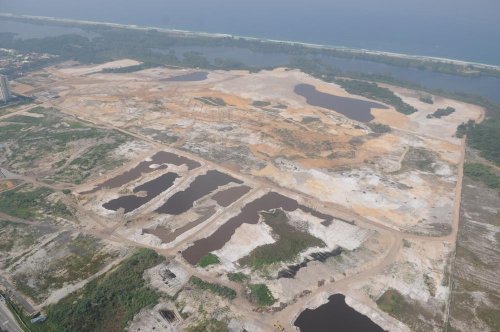 Stephen John Elkington (born 8 December 1962) is an Australian professional golfer who plays on the PGA Tour. He spent over 50 weeks in the top-10 of the Official World Golf Rankings from 1995 to 1998.

Elkington was born in Inverell and grew up in Wagga Wagga, both in New South Wales.

Elkington moved to the United States to attend college at the University of Houston, where he played on the golf team. He became the first prominent Australian player to play U.S. college golf. Elkington has won 10 events on the PGA Tour, most prestigiously the 1995 PGA Championship at the Riviera Country Club, which is his only major, and the 1991 and 1997 Players Championships. He finished tied for second in the 2005 PGA Championship behind winner Phil Mickelson, which moved him back into the top 50 in the Official World Golf Rankings.

FULL ARTICLE AT WIKIPEDIA.ORG
This article is licensed under the GNU Free Documentation License.
It uses material from the Wikipedia article "Steve Elkington."
Back to Article
/