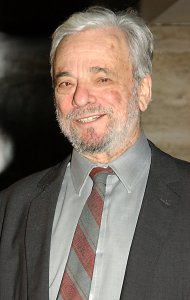 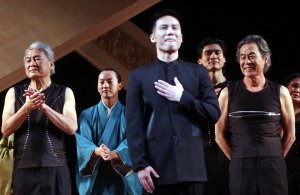 Entertainment News // 1 year ago
'Mrs. Doubtfire' to open on Broadway in spring 2020
"Mrs. Doubtfire," a new musical starring Rob McClure, will begin previews at the Stephen Sondheim Theatre in March.

Entertainment News // 3 years ago
Broadway star Barbara Cook dead at 89
Broadway legend Barbara Cook, known for starring in musicals such as "The Music Man" and "She Loves Me," has died at the age of 89.

A Funny Thing Happened on the Way to the Forum

We all love a show tune/ The plot is not advancin'/ But so what? At least we're dancin

You're supposed to be listening, if you don't, you'll miss the poin

I assume that's in case anyone was worried it was the 'Rodgers and Hart Porgy and Bess' that was coming to town. But what happened to DuBose Heyward? Most of the lyrics (and all of the good ones) are his alone ('Summertime,' 'My Man's Gone Now') or co-written with Ira Gershwin ('Bess,' 'You is My Woman Now,'

Stephen Joshua Sondheim (born March 22, 1930) is an American composer and lyricist for stage and film. He is the winner of an Academy Award, multiple Tony Awards (eight, more than any other composer) including the Special Tony Award for Lifetime Achievement in the Theatre, multiple Grammy Awards, and a Pulitzer Prize. Described by Frank Rich of the New York Times as "the greatest, and perhaps best-known artist working in musical theatre", his most famous scores include (as composer/lyricist) A Funny Thing Happened on the Way to the Forum, Company, Follies, A Little Night Music, Sweeney Todd, Sunday in the Park with George, Into the Woods, and Assassins, as well as the lyrics for West Side Story and Gypsy.

In addition to theatre, he has contributed to the silver screen as well, including the 1981 Warren Beatty film Reds, contributing the song "Goodbye For Now". He also wrote five songs for the 1990 movie Dick Tracy, including Sooner or Later (I Always Get My Man), which won the Academy Award for Best Song.

He was also president of the Dramatists Guild from 1973 to 1981. On September 15, 2010, in honor of his 80th birthday, the Henry Miller's Theatre was renamed the Stephen Sondheim Theatre in his honor. He is also the only living composer with a quarterly journal published in his name.

FULL ARTICLE AT WIKIPEDIA.ORG
This article is licensed under the GNU Free Documentation License.
It uses material from the Wikipedia article "Stephen Sondheim."
Back to Article
/