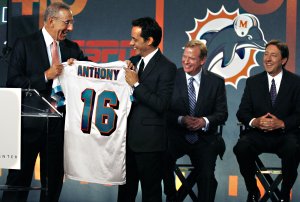 People want to have a good time when they come to these games. We want to take it to a new level

What is perceived to be harmless fun really has serious consequences. The most common reason why people thought that chimps were not in the endangered species category is because they were seen on television, advertisements and movies and must therefore not be in jeopardy

Stephen Alan "Steve" Ross is the inaugural Franco Modigliani Professor of Financial Economics at the MIT Sloan School of Management. He is known for initiating several important theories and models in financial economics. He is a widely published author in finance and economics, and is coauthor of one of the best-selling Corporate Finance texts.

Ross is best known for the development of the arbitrage pricing theory (mid-1970s) as well as for his role in developing the Binomial options pricing model (1979; also known as the Cox-Ross-Rubinstein model). He was an initiator of the fundamental financial concept of risk-neutral pricing. In 1985 he contributed to the creation of the Cox-Ingersoll-Ross model for interest rate dynamics. Such theories have become an important part of the paradigm known as neoclassical finance.

FULL ARTICLE AT WIKIPEDIA.ORG
This article is licensed under the GNU Free Documentation License.
It uses material from the Wikipedia article "Stephen Ross."