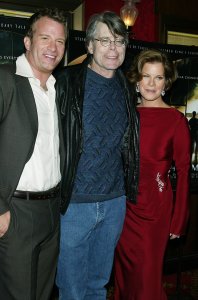 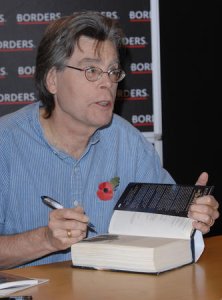 Entertainment News // 2 months ago
'Stranger Things': How the satanic panic of the '80s, '90s created Eddie
Netflix's "Stranger Things" is full of terrifying monsters, spooky locales and superpowers, but at least some elements from Season 4 were ripped straight from the headlines.

Entertainment News // 8 months ago
Hulu: What's coming and going in December 2021
"Kelly Clarkson Presents: When Christmas Comes Around" and new episodes of "Pen15," "It's Always Sunny in Philadelphia" and "Letterkenny" are headed to Hulu.

Entertainment News // 9 months ago
Hulu: What's coming and going in November 2021
"The Boss Baby: Family Business," "Marvel's Hit Monkey" and new seasons of "The Great" and "Animaniacs" are headed to Hulu.

Movies // 10 months ago
Release dates announced for 'Furiosa,' 'Salem's Lot'
The theatrical release of the "Mad Max: Fury Road" prequel, "Furiosa," has been delayed by nearly a year.

Buyer should be aware that 'CELL' is a violent piece of work ... Like cheap whiskey, it's very nasty and extremely satisfying

I'd never stop writing because I don't know what I'd do between 9 and 1 every day. But I'd stop publishing. I don't need the money

Stephen Edwin King (born September 21, 1947) is an American author of contemporary horror, suspense, science fiction and fantasy fiction. His books have sold more than 350 million copies, which have been adapted into a number of feature films, television movies and comic books. As of 2011, King has written and published 49 novels, including seven under the pen name Richard Bachman, five non-fiction books, and nine collections of short stories. Many of his stories are set in his home state of Maine.

King has received Bram Stoker Awards, World Fantasy Awards, British Fantasy Society Awards, his novella The Way Station was a Nebula Award novelette nominee, and in 2003, the National Book Foundation awarded him the Medal for Distinguished Contribution to American Letters.

FULL ARTICLE AT WIKIPEDIA.ORG
This article is licensed under the GNU Free Documentation License.
It uses material from the Wikipedia article "Stephen King."