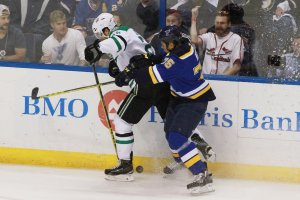 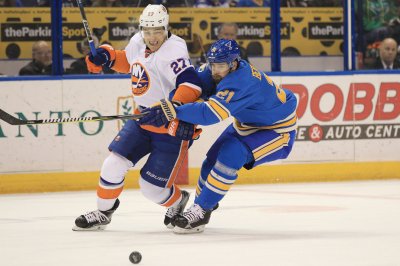 NHL // 2 years ago
Islanders face Stars, look to build on best divisional start
NEW YORK -- A pair of teams off decidedly different yet equally unprecedented victories will square off Sunday afternoon, when the New York Islanders host the Dallas Stars at Barclays Center. 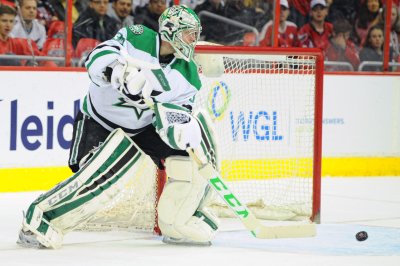 NHL // 3 years ago
Kari Lehtonen, Dallas Stars shut out San Jose Sharks
DALLAS -- The Stars are on the brink of being eliminated from playoff contention, but thanks to Curtis McKenzie, who scored the game's lone goal, and Kari Lehtonen, who stopped all 30 shots he faced, Dallas gave the home fans something to cheer about Monday. 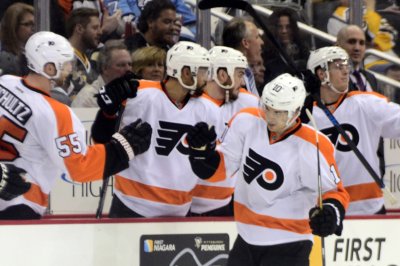 NHL // 3 years ago
St. Louis Blues slip past Dallas Stars on Vladimir Tarasenko's overtime goal
ST. LOUIS -- For the second game in a row, the St. Louis Blues lost a late lead Monday night before coming back to win the game in overtime.
Top News // 1 decade ago
Accused museum shooter appears in court
The man accused of slaying a security guard at the U.S. Holocaust Memorial Museum must undergo a psychiatric evaluation, a Washington judge ruled Wednesday.

Born in Haddam, Connecticut, he was the sixth of the nine children of David Dudley Field I, a Congregationalist minister, and his wife Submit Dickinson. His family produced three other children of major prominence in 19th Century America: David Dudley Field II the prominent attorney, Cyrus Field the millionaire investor and creator of the Atlantic Cable, and Rev. Henry Martyn Field a prominent clergymen and travel writer. He grew up in Stockbridge, Massachusetts, and went to Turkey at thirteen with his sister and her missionary husband. He graduated from Williams College, Williamstown, Massachusetts, in 1837. While attending Williams College he was one of the original Founders of Delta Upsilon Fraternity. After studying law in New York City with his brother David Dudley Field II, they practiced law together until 1848 when he went west to California in the Gold Rush.

There his legal practice boomed and he was elected alcalde, a form of mayor and justice of the peace under the old Mexican rule of law, of Marysville. Because the Gold Rush city could afford no jail, and it cost too much to transport prisoners to San Francisco, Field implemented the whipping post, believing that without such a brutal implement many in the rough and tumble city would be hanged for minor crimes. The voters sent him to the California State Assembly in 1850 to represent Yuba County, but he lost a race the next year for the State Senate. His successful legal practice led to his election to the California Supreme Court in 1857, serving six years.

FULL ARTICLE AT WIKIPEDIA.ORG
This article is licensed under the GNU Free Documentation License.
It uses material from the Wikipedia article "Stephen Johns."
Back to Article
/