Sports News // 7 months ago
Authentic, Tiz the Law could meet again in the Preakness
Authentic's victory in the Kentucky Derby was only one indication of how things might go for the rest of the year at horse racing's top levels.

Sports News // 7 months ago
Weekend horse racing offers more than the Kentucky Derby
For the first time ever, the massive Derby week stakes schedule at Churchill Downs runs parallel to the always-impressive Saratoga and Del Mar meetings -- an embarrassment of horse racing riches; Enable tunes up for her 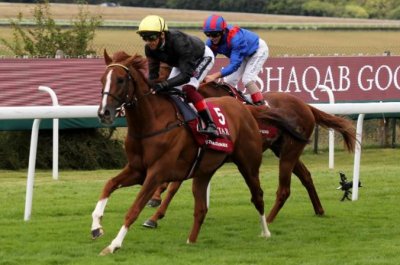 Sports News // 8 months ago
Hot Kentucky Derby prospect Honor A.P. to run this weekend
Stradivarius and Mohaather starred at Glorious Goodwood this week in England while North American fans sharpened their handicapping skills for a glut of Grade I weekend events from coast to coast.

Sports News // 9 months ago
Road to Kentucky Derby heads into Ohio
The Road to the Kentucky Derby winds through the Cleveland area this weekend with an Ohio Derby lineup that includes last year's juvenile champion.

Sports News // 10 months ago
Maxfield back in Kentucky Derby picture
Kentucky Derby prospect Maxfield was one of many Thoroughbreds who returned successfully from long layoffs as horse racing revved up during the Memorial Day weekend.

Sports News // 11 months ago
Japan offers weekend's only top-level event as horse racing struggles to resume
Coronavirus brings worldwide horse racing almost to a halt, with only one Grade 1 event on the weekend schedule, but rays of hope exist. 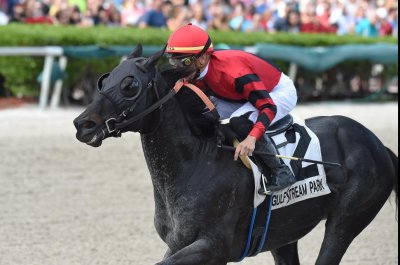 I just kind of eased up a little bit on the outside. I just ran behind him all the way. When I asked him, he stuck his head in front of him and we were gone. It was done

Stephen Collins Foster (July 4, 1826 – January 13, 1864), known as the "father of American music", was the pre-eminent songwriter in the United States of the 19th century. His songs — such as "Oh! Susanna", "Camptown Races", "Old Folks at Home" ("Swanee River"), "Hard Times Come Again No More", "My Old Kentucky Home", "Old Black Joe", "Jeanie with the Light Brown Hair", and "Beautiful Dreamer" — remain popular over 150 years after their composition.

Foster attended private academies in Allegheny, Athens, and Towanda, Pennsylvania. He received an education in English grammar, diction, the classics, penmanship, Latin and Greek, and mathematics. In 1839, his elder brother William was serving his apprenticeship as an engineer at nearby Towanda and thought Stephen would benefit from being under his supervision. The site of the Camptown Races is 30 miles from Athens, and 15 miles from Towanda. Stephen attended Athens Academy from 1839 to 1841. He wrote his first composition, Tioga Waltz, while attending Athens Academy, and performed it during the 1839 commencement exercises; he was 14. It was not published during the composer's lifetime, but it is included in the collection of published works by Morrison Foster. In 1842, Athens Academy was destroyed in a fire.

His education included a brief period at Jefferson College in Canonsburg, Pennsylvania (now Washington & Jefferson College). His tuition was paid, but Foster had little spending money. Sources conflict on whether he left willingly or was dismissed; but, either way, he left Canonsburg to visit Pittsburgh with another student and didn't return.

FULL ARTICLE AT WIKIPEDIA.ORG
This article is licensed under the GNU Free Documentation License.
It uses material from the Wikipedia article "Stephen Foster."
Back to Article
/