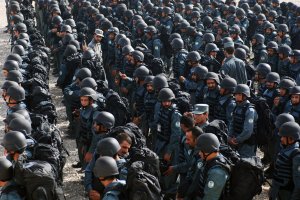 Commodore Stephen Decatur, Jr (5 January 1779 – 22 March 1820) was an American naval officer notable for his heroism in the Barbary Wars and in the War of 1812. He was the youngest man to reach the rank of captain in the history of the United States Navy, and the first American celebrated as a national military hero who had not played a role in the American Revolution.

Decatur was born on January 5 1779, in Berlin, Maryland, to Stephen Decatur, Sr. and his wife Ann (Pine) Decatur. He attended the Episcopal Academy and then studied at the University of Pennsylvania with future naval heroes Richard Somers and Charles Stewart. He married Susan Wheeler, daughter of the mayor of Norfolk, Virginia, on March 8, 1806.

Decatur was employed at the age of 17 in the firm of Gurney and Smith, acting as the company's supervisor to the early construction of the frigate United States. He servered as a Midshipman on board the United States under Commodore John Barry . He was one of "Preble's Boys" and friends with Charles Stewart and Richard Rush.

FULL ARTICLE AT WIKIPEDIA.ORG
This article is licensed under the GNU Free Documentation License.
It uses material from the Wikipedia article "Stephen Decatur."