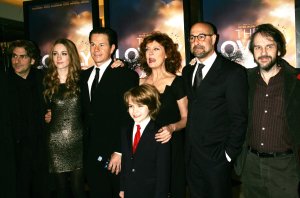 Movies // 2 months ago
'The Witches': Warner Bros. apologizes after backlash from people with disabilities
Warner Bros. responded to criticism of the depiction of Anne Hathaway's character in "The Witches" remake. 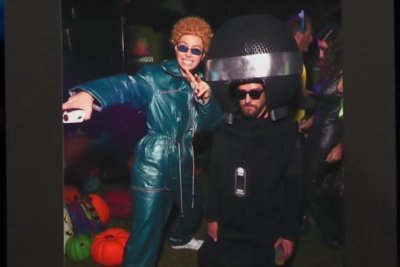 Tony has asked me over the last few years or more to do something on the show, and I've never been able to do it

Stanley Tucci (born November 11, 1960) is an American actor, writer, film producer and film director. He has been nominated for several notable film awards, including an Academy Award for Best Supporting Actor, for his performance in The Lovely Bones (2009).

Tucci, an Italian American, was born in Peekskill, New York, the son of Joan (née Tropiano), a retired secretary and writer, and Stanley Tucci, Sr., a retired high school art teacher. His sister is actress Christine Tucci, and his cousin is the screenwriter Joseph Tropiano. He grew up in Katonah, New York and attended John Jay High School. Tucci played on the John Jay soccer team and baseball teams, however, his main interest lay in the school's drama club, where he and fellow actor and high school buddy, Campbell Scott, son of actor George C. Scott, gave well-received performances at many of John Jay's drama club productions. Tucci attended SUNY Purchase and completed his B.F.A. degree after four years in the school's Conservatory of Theatre Arts.

Tucci made his Broadway debut in The Queen and the Rebels on 30 September 1982. His film debut was in Prizzi's Honor (1985). Tucci is known for his work in films such as The Pelican Brief, Kiss of Death, Road to Perdition and Big Night, and in the television series Murder One as the mysterious Richard Cross. Big Night (1996), which he co-wrote with his cousin Joseph Tropiano, starred in, and co-directed with Campbell Scott, premiered at the Sundance Film Festival. The film also featured his sister Christine and mother, who wrote a cookbook for the film. It won him and Tropiano the Independent Spirit Award for Best First Screenplay. He's typically cast in supporting roles such as the sidekick or the villain, but has had the lead in two films, both romantic comedies: A Modern Affair (1995) and The Whole Shebang (2001).

FULL ARTICLE AT WIKIPEDIA.ORG
This article is licensed under the GNU Free Documentation License.
It uses material from the Wikipedia article "Stanley Tucci."
Back to Article
/