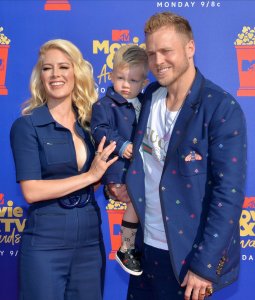 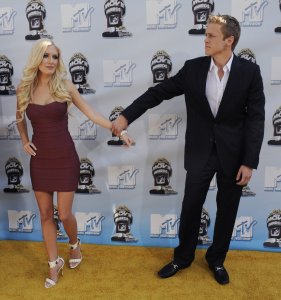 TV // 7 months ago
'The Hills' cast reunites for more 'New Beginnings' post-pandemic
MTV announced a new season of "The Hills: New Beginnings" will premiere May 12.

TV // 2 years ago
Heidi Montag: Lauren Conrad's absence from 'The Hills' reboot was 'freeing'
Heidi Montag explained why she was happy Lauren Conrad didn't return for the MTV series "The Hills: New Beginnings."

TV // 3 years ago
'The O.C.' alum Mischa Barton joins 'The Hills' reboot
Mischa Barton, who played Marissa Cooper on "The O.C.," said "The Hills: New Beginnings" will be a welcome new chapter in her career.

Since we had to do the first ceremony, I've been thinking about the second ceremony

Spencer William Pratt (born August 14, 1983) is an American television personality known for role on MTV's The Hills along with his wife Heidi Montag. He is the older brother of Stephanie Pratt, who also appears on The Hills.

In July 2010, Montag had filed for divorce from Pratt, citing irreconcilable differences. However, in October 2010, the divorce was called off.

Pratt first appeared on television in 2005 in the short-lived reality series The Princes of Malibu. Pratt was also Creator & Executive Producer of the series, he acted in the role of "manager/publicist/agent/stylist" to series star Brody Jenner. Pratt's friendship with Jenner led to his role on the MTV reality series The Hills, in 2006. Pratt's relationship with fellow cast member Heidi Montag was detailed on the series, along with the tension it caused between Montag and series star Lauren Conrad.

FULL ARTICLE AT WIKIPEDIA.ORG
This article is licensed under the GNU Free Documentation License.
It uses material from the Wikipedia article "Spencer Pratt."