NBA // 3 years ago
NBA roundup: recap, scores, notes for every game played on March 4
HOUSTON -- James Harden turned a torrid stretch in the third quarter into his NBA-leading 49th double-double as the Houston Rockets topped the Memphis Grizzlies 123-108 on Saturday night at Toyota Center to split the season series. 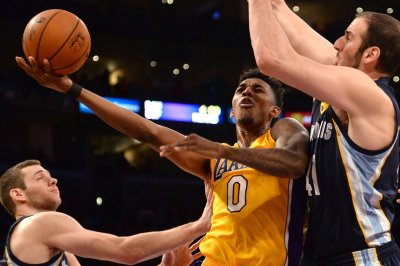 NBA // 4 years ago
Houston Rockets ride James Harden triple-double to victory
HOUSTON -- Having clawed back from double-digit deficits in each of their previous five games, the Houston Rockets appeared set to cruise on Tuesday night. 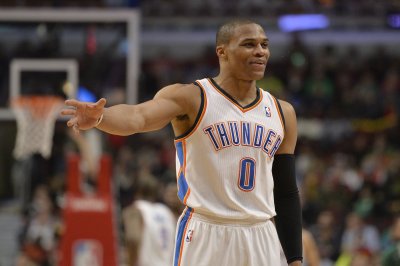 Spencer Hawes (born April 28, 1988, in Seattle, Washington) is an American basketball player who is currently playing for the Philadelphia 76ers. He was selected by the Sacramento Kings in the 2007 NBA Draft and is the nephew of Steve Hawes, a retired NBA player.

Hawes played center at Seattle Prep, an elite college-prep school in Seattle, WA. The team won the state championship for the 2005–2006 season and Hawes was named the tournament MVP. He might have entered the 2006 NBA Draft had the NBA not enacted a new rule requiring players to wait a year after their class graduates from high school.

Spencer Hawes debuted for USA Basketball in April 2006 as a member of the 2006 USA Junior National Select Team that defeated the World Select Team 109–91 at the Nike Hoop Summit in Memphis, Tenn.

FULL ARTICLE AT WIKIPEDIA.ORG
This article is licensed under the GNU Free Documentation License.
It uses material from the Wikipedia article "Spencer Hawes."
Back to Article
/