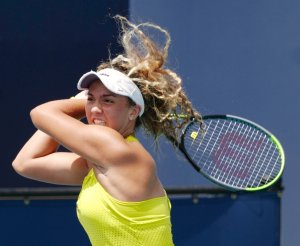 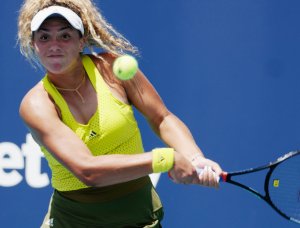 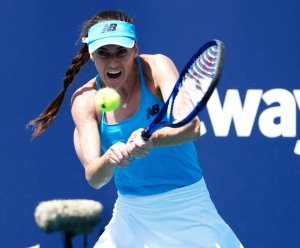 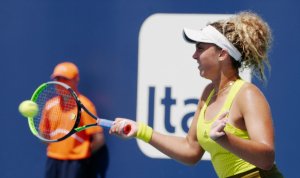 Sports News // 10 months ago
Wimbledon tennis: Roger Federer cruises into third round
Roger Federer advanced to the third round at Wimbledon after beating France's Richard Gasquet 7-6 (1), 6-1, 6-4 on Thursday in London.

Tennis // 3 years ago
U.S. Open roundup: Federer and Djokovic advance, Wozniacki upset
Roger Federer and Novak Djokovic both won their second round matches Thursday at the U.S. Open in New York, and could be on a path to challenge each other.

She is a former ITF Junior Circuit top-ten player, reaching her highest ranking of number six on June 26, 2006. Her best results include a title in the 2005 German Junior Open (Grade 1) defeating Erika Zanchetta 6–2 6–7 6–3 in the final, a tournament she was finalist the year before and a runner-up place in the 2006 Trofeo Bonfiglio (Grade A) where she lost in the final to her compatriot Ioana Raluca Olaru after having defeated the then-top ranked world junior player Anastasia Pavlyuchenkova in the semifinals. Cîrstea lost in the finals of the doubles tournament at the 2007 French Open, when she and Alexa Glatch lost 6–1, 6–4 to the third seeds, Ksenia Milevskaya and Urszula Radwańska. She also made final appearances at the year-ending ITF Grade 1 juniors tournaments Eddie Herr International and Yucatan World Cup in 2005 and 2006, and in the Opus Nottinghill International in 2006.

In April 2007, she reached the final of the Budapest Grand Prix, a Tier III event held in Budapest, Hungary, as a qualifier. During the tournament, all of her main draw matches were pushed to three sets. She beat Martina Müller in the second round, Eleni Daniilidou in the quarter-finals and Karin Knapp in the semi-finals before losing to Gisela Dulko in the final and won the first set, when Dulko won her first title by the scoreline of 6-7², 6–2, 6–2. By making it to the final, she became the first Romanian player to reach a Tour final since Ruxandra Dragomir in June 2000. During her run, she beat two players ranked inside the WTA top 40.

FULL ARTICLE AT WIKIPEDIA.ORG
This article is licensed under the GNU Free Documentation License.
It uses material from the Wikipedia article "Sorana Cirstea."