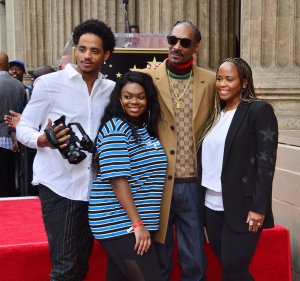 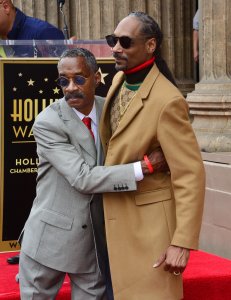 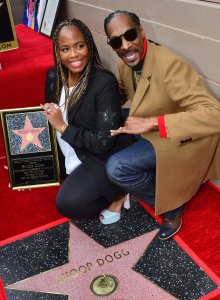 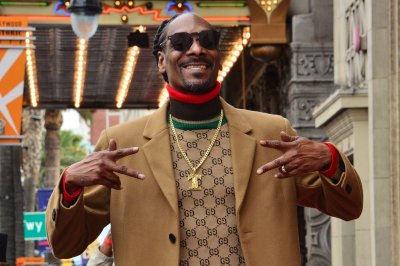 He's a police informer. This is the only guy who never goes to jail no matter what. I don't like rats

I stepped to him at the BET Awards (four years ago)... and he was more scared than a mother****er

It ain't always cool to be gangsta to your homeboys

Doggy Style will change the face of urban music -- we're ready to unleash the best artists I know with MCA. Doggy Style music will blow your mind

Doggy Style will change the face of urban music -- we're ready to unleash the best artists I know with MCA. Doggy Style music will blow your mind

Calvin Cordozar Broadus, Jr. (born October 20, 1971), better known by his stage name Snoop Dogg, is an American rapper, record producer, actor and entertainer. Snoop is best known as a rapper in the West Coast hip hop scene, and for being one of Dr. Dre's most notable protégés. Snoop Dogg was a Crip gang member while in high school. Shortly after graduation, he was arrested for cocaine possession and spent six months in Wayside County Jail. His music career began in 1992 after his release when he was discovered by Dr. Dre. He collaborated on several tracks on Dre's solo debut, The Chronic and on the titular theme song to the film Deep Cover.

Tha Doggfather was his last release for Death Row before he signed with No Limit Records, where he recorded his next three albums. Da Game Is to Be Sold, Not to Be Told in 1998, No Limit Top Dogg in 1999 (making it his last album of the 90s), and Tha Last Meal in 2000, which was his last No Limit Records album. Snoop then signed with Priority/Capitol/EMI Records in 2002, where he released his album Paid tha Cost to Be da Boss. Then he signed with Geffen Records in 2004 for his next three albums R&G (Rhythm & Gangsta): The Masterpiece, Tha Blue Carpet Treatment, Ego Trippin', and Malice 'n Wonderland. His most recent release, which was on Priority, was Doggumentary in March of 2011.

FULL ARTICLE AT WIKIPEDIA.ORG
This article is licensed under the GNU Free Documentation License.
It uses material from the Wikipedia article "Snoop Dogg."
Back to Article
/