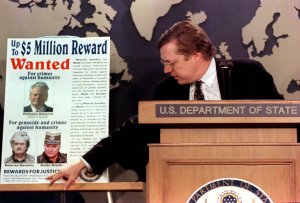 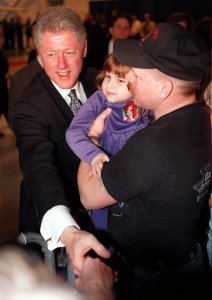 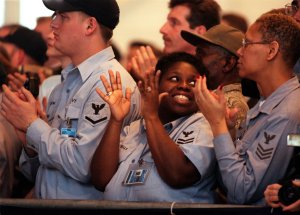 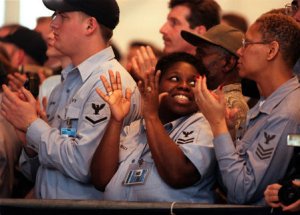 Voices // 2 years ago
Proportionate responses to threats do not work
For one of the few times in his presidency, Donald Trump drew bipartisan support for his last-minute decision not to retaliate against Iran for shooting down a $220 million Navy Global Hawk drone last week.

Voices // 2 years ago
Icy Moscow visit underscores need for dialogue
For the handful of Americans attending this year's Moscow International Security Conference, unsurprisingly, the Kremlin's attitude toward Washington and, of course, NATO was icy, confrontational and accusatory.

Top News // 3 years ago
On This Day: Reagan announces Nicaraguan trade embargo
On May 1, 1985, President Ronald Reagan banned trade with Nicaragua to try to undermine the Sandinista government.

Top News // 3 years ago
The Almanac
On May 1, 1985, President Ronald Reagan banned trade with Nicaragua to try to undermine the Sandinista government. 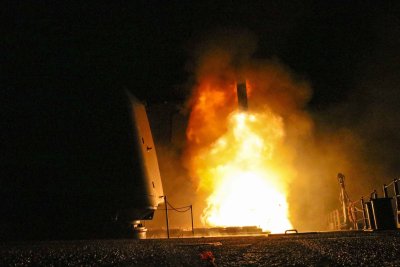 Voices // 3 years ago
30 seconds over Damascus
Whether President Donald Trump will make good his intent to withdraw American forces from Syria is in question after Friday night's airstrikes.

World News // 3 years ago
'Butcher' Mladic gets life in prison for crimes, genocide during Bosnian War
Ratko Mladic, the "Butcher of Bosnia," was given life in prison Wednesday for war crimes and genocide he committed during the Bosnian War in the 1990s. 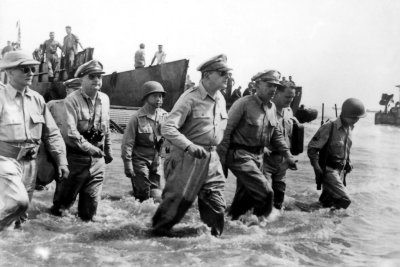 I was as student leader in Yugoslavia. I represented Serbia and Montenegro, and then I was ambassador of Serbia. Am I to assume that I will next represent the Kingdom of Serbia

My friends said I should send e-mails out to everyone saying, 'It's not me.

My friends said I should send e-mails out to everyone saying, 'It's not me.

Thanks to the nature and contents of this false indictment, (the trial) has turned into a simple and pure farce

Slobodan Milošević (sometimes transliterated as Miloshevich; Serbian pronunciation:  ( listen); Serbian Cyrillic: Слободан Милошевић; 20 August 1941 – 11 March 2006) was President of Serbia and Yugoslavia. He served as the President of Socialist Republic of Serbia and Republic of Serbia from 1989 until 1997 in three terms and as President of the Federal Republic of Yugoslavia from 1997 to 2000. He also led the Socialist Party of Serbia from its foundation in 1990. His presidency was marked by the breakup of Yugoslavia and the subsequent Yugoslav wars. In the midst of the 1999 NATO bombing of Yugoslavia, Milošević was charged with war crimes and crimes against humanity in connection with the wars in Bosnia, Croatia and Kosovo by the International Criminal Tribunal for the former Yugoslavia (ICTY).

Milošević resigned the Yugoslav presidency amid demonstrations, following the disputed presidential election of 24 September 2000. He was arrested by Yugoslav federal authorities on Saturday, 31 March 2001, on suspicion of corruption, abuse of power, and embezzlement. The initial investigation into Milošević faltered for lack of evidence, prompting the Serbian Prime Minister Zoran Đinđić to send him to The Hague to stand trial for charges of war crimes instead. Milošević conducted his own defense in the five-year long trial, which ended without a verdict when he died on 11 March 2006 in his prison cell in The Hague. Milošević, who suffered from heart ailments and high blood pressure, died of a heart attack. The Tribunal denies any responsibility for Milošević's death. They claim that he refused to take prescribed medicines and medicated himself instead.

Milošević had roots in the Vasojevići Serb clan. He was born and raised in Požarevac, Yugoslavia during the Axis occupation of World War II. His parents separated in the aftermath of the war. His father, the Serb Orthodox deacon Svetozar Milošević, shot himself in 1962, and his mother, Stanislava Resanović, a school teacher and also an active member of the Communist Party, committed suicide in 1972. Milošević went on to study law at the University of Belgrade's Law School, where he became the head of the ideology committee of the Yugoslav Communist League's (SKJ) student branch (SSOJ). While at the university, he befriended Ivan Stambolić, whose uncle Petar Stambolić had been a president of Serbian Executive Council (the Communist equivalent of a prime minister). This was to prove a crucial connection for Milošević's career prospects, as Stambolić sponsored his rise through the SKJ hierarchy.

FULL ARTICLE AT WIKIPEDIA.ORG
This article is licensed under the GNU Free Documentation License.
It uses material from the Wikipedia article "Slobodan Milosevic."
Back to Article
/