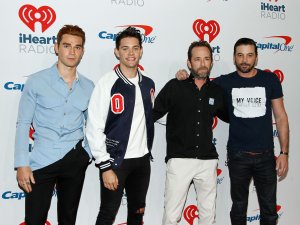 TV // 10 months ago
Skeet Ulrich on leaving 'Riverdale': 'I got bored creatively'
Skeet Ulrich, who played F.P. Jones on "Riverdale," explained his exit from the CW series. 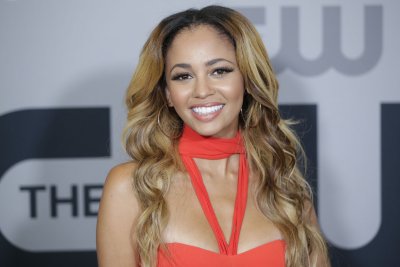 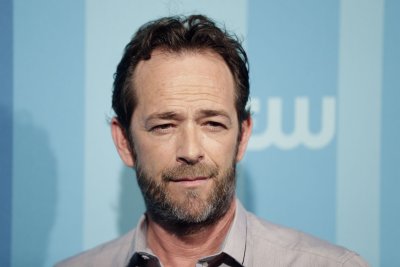 TV // 1 year ago
Shannen Doherty to guest star on 'Riverdale' in honor of Luke Perry
Shannen Doherty is to honor her late "Beverly Hills, 90210" co-star Luke Perry with a guest spot on his most recent TV drama, "Riverdale."

Entertainment News // 2 years ago
Luke Perry gets support from 'Riverdale,' '90210' stars: 'We love you'
Luke Perry has received support on Instagram from his "Riverdale" and "Beverly Hills, 90210" co-stars following his hospitalization from having a stroke.

TV // 2 years ago
Gina Gershon to play Jughead's mom on 'Riverdale'
"Red Oaks" and "How to Make it in America" actress Gina Gershon has joined the cast of "Riverdale" for Season 3.

Bryan Ray Trout (best known as Skeet Ulrich) (born January 20, 1970) is an American actor best known for starring in the CBS drama Jericho as Jake Green and for portraying Billy Loomis in Scream. He starred in the police and courtroom drama Law & Order: Los Angeles for only eleven episodes before being let go due to a creative overhaul.

Ulrich was born Bryan Ray Trout in Lynchburg, Virginia and was raised in Concord, North Carolina by his mother, Carolyn Elaine Wax (née Rudd), who owns the special-events marketing agency Sports Management Group. Ulrich's father is a restaurateur and his first stepfather was former NASCAR driver and team owner D. K. Ulrich. His mother has since re-married to Edward Lewis Wax. Ulrich's uncle is NASCAR Sprint Cup driver Ricky Rudd (who is his mother's brother) and his maternal grandfather was Alvin Ray Rudd, Sr., the president of Al Rudd Auto Parts. The nickname "Skeet" originated from the nickname "Skeeter" he was given by his Little League coach because of his small stature. Along with his slight frame he had poor health, including numerous bouts with pneumonia, and underwent open heart surgery at the age of 10.

Ulrich graduated from Northwest Cabarrus High School, where he was a soccer standout. After initially enrolling at the University of North Carolina at Wilmington to study Marine Biology, he switched to New York University, and was subsequently noticed by playwright David Mamet.

FULL ARTICLE AT WIKIPEDIA.ORG
This article is licensed under the GNU Free Documentation License.
It uses material from the Wikipedia article "Skeet Ulrich."
Back to Article
/