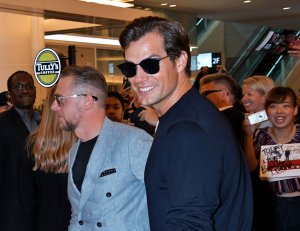 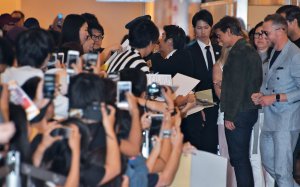 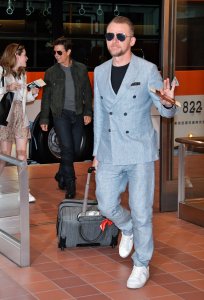 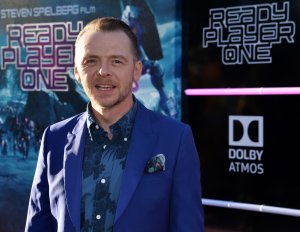 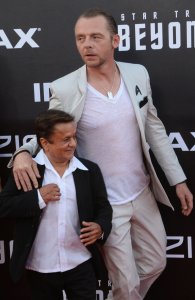 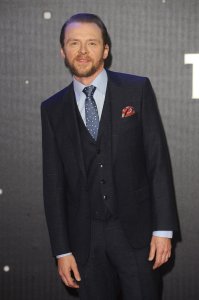 TV // 7 months ago
CanneSeries 2020 lineup includes 'Truth Seekers,' 'Call My Agent!'
The 2020 CanneSeries television festival released the full lineup for its third annual event on Tuesday, which will feature the premieres of Amazon's "Truth Seekers" and Season 4 of Netflix's "Call My Agent!"

And I'm playing Alison who didn't exist in the book

Imaginary dream girl, correct. And (Straughan has) turned it into a romantic comedy. He's given it a specific genre

People make the mistake of thinking books and films are the same thing and they are easy to translate (one into the other.) But a book is like an aid to your imagination while a film is a surrogate for your imagination. So, they are completely different things

Simon Pegg (born Simon John Beckingham; 14 February 1970) is an English actor, comedian, writer, film producer and director. He is best known for his starring roles in Shaun of the Dead, Hot Fuzz, the comedy series Spaced and his portrayal of Montgomery "Scotty" Scott in the 2009 Star Trek film. Much of his major work has been in collaboration with some combination of Nick Frost, Jessica Hynes, Dylan Moran and Edgar Wright.

Pegg was born in Brockworth, Gloucestershire, England, the son of Gillian Rosemary (née Smith), a civil servant, and John Henry Beckingham, a jazz musician and keyboard salesman. His parents divorced when he was seven and he took on the surname "Pegg" after his mother re-married. He attended many schools, including Castle Hill Primary School, Brockworth Comprehensive Secondary School, King's School Gloucester, and later Stratford-upon-Avon College to study English literature and performance studies. Pegg studied drama at the University of Bristol and wrote his undergraduate thesis on "A Marxist overview of popular 1970s cinema and hegemonic discourses". At Bristol he appeared in a Drama Society production of Howard Barker's Victory alongside Sarah Kane and David Greig.

In 1993, Pegg moved to London and performed on the stand-up comedy circuit. In 1995, he took his acclaimed one-man show to the Edinburgh Festival, which led to his being invited to perform at festivals in Adelaide and Melbourne in Australia and Auckland, Wellington and Christchurch in New Zealand, which he did in 1996 and 1997. His work as a stand up attracted the attention of several TV producers, leading to appearances in Asylum, Six Pairs of Pants, Faith in the Future, Big Train and Hippies. From 1998 to 2004, Pegg regularly featured on BBC Radio 4's The 99p Challenge. In 1999, he created and co-wrote the Channel 4 sitcom Spaced with Jessica Stevenson. For this project Pegg brought in Nick Frost, his best friend. For his performance in this series, Pegg was nominated for a British Comedy Award as Best Male Comedy Newcomer. Pegg co-wrote (with Spaced director Edgar Wright) and starred in the "romantic zombie comedy" film Shaun of the Dead, released in April 2004. At George A. Romero's invitation, Pegg and Wright made cameo appearances in Romero's film, Land of the Dead. In 2004, Pegg also starred in a spin-off of the television show Danger! 50,000 Volts! called Danger! 50,000 Zombies!, in which he played a zombie hunter named Dr. Russel Fell.

FULL ARTICLE AT WIKIPEDIA.ORG
This article is licensed under the GNU Free Documentation License.
It uses material from the Wikipedia article "Simon Pegg."
Back to Article
/