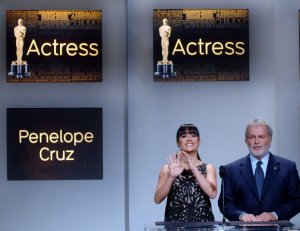 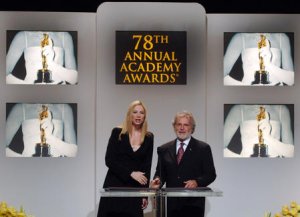 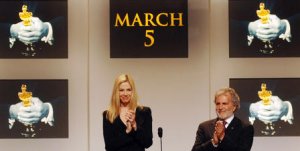 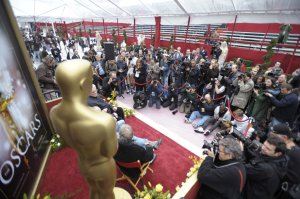 Lewis to get humanitarian award at Oscars Dec 11, 2008

David's innovative designs have enabled audiences to see the 'impossible' on movie screens, and his work has dramatically improved the quality of visual effects in the motion picture industry

Sidney Ganis (born January 8, 1940) is an American motion picture executive and producer who has produced such films as Deuce Bigalow: Male Gigolo, Big Daddy, Mr. Deeds, The Master of Disguise and Akeelah and the Bee. On August 23, 2005 he was elected President of the Academy of Motion Picture Arts and Sciences. He serves on the board of directors of Marvel Entertainment as well as boards of film festivals and film organizations around the country.

Ganis was born in Brooklyn, New York. He was exposed to the world of entertainment when he worked as an office boy for Lee Solters. This led him to a film career in marketing and publicity at several studios, eventually joining Lucasfilm, where he served as Senior Vice President for several years. He later became president of Paramount Pictures. After leaving Paramount in 1990, Ganis became president of marketing and distribution at Columbia Pictures. He was eventually made chairman of the studio. In 1996 he stepped down from that position to produce his own films. His company, Out of the Blue Entertainment, remains active at Columbia Pictures.

FULL ARTICLE AT WIKIPEDIA.ORG
This article is licensed under the GNU Free Documentation License.
It uses material from the Wikipedia article "Sid Ganis."
Back to Article
/