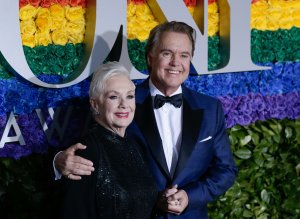 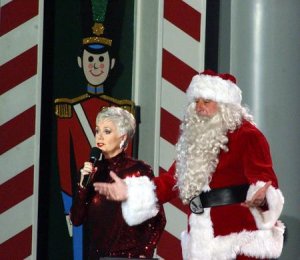 Top News // 4 years ago
The Almanac
On March 31, 2005, Terri Schiavo, a 41-year-old Florida woman in a persistent vegetative state since 1990, died 14 days after removal of her feeding tube.

Shirley Mae Jones (born March 31, 1934) is an American singer and actress of stage, film and television. She starred as wholesome characters in a number of well-known musical films, such as Oklahoma!, Carousel, and The Music Man. She won the Academy Award for Best Supporting Actress for playing a prostitute in Elmer Gantry. She is probably best known as Shirley Partridge, the widowed mother of five children in the sitcom/television series, The Partridge Family, co-starring her real-life stepson David Cassidy, son of Jack Cassidy.

Jones was born in Charleroi, Pennsylvania, a suburb of Pittsburgh, to Marjorie Williams, a strict strong-minded homemaker, and Paul Jones, owners of the Jones Brewing Company. An only child, she was named after Shirley Temple. The family later moved to nearby Smithton, Pennsylvania. Jones could sing almost as soon as she could speak. Encouraged by her summer camp counselors, her family arranged for teenaged Shirley to study twice a week, in Pittsburgh, with the world-renowned singer and teacher, Ralph Lawando. Afterwards, she frequently joined her father for a show at the Pittsburgh Playhouse, where she fell in love with the musical theater.

In Manhattan, one of Shirley's friends convinced her to sing for a Broadway agent, Gus Sherman. Sherman was pleased to put Jones under contract, and with her parents' approval, she resettled in New York and gave herself one year to become a Broadway performer. She only had $100 in her pocket. If she didn't succeed, she would move back to Smithton and work as a veterinarian. Her first audition was for a replacement chorus girl in the long-running musical, South Pacific. Rodgers and Hammerstein, writers of South Pacific, saw great potential in Shirley. She became the first and only singer to be put under personal contract with the songwriters. The duo cast her in her second Broadway show, Me and Juliet. On tour, she understudied the lead and earned rave reviews.

FULL ARTICLE AT WIKIPEDIA.ORG
This article is licensed under the GNU Free Documentation License.
It uses material from the Wikipedia article "Shirley Jones."
Back to Article
/