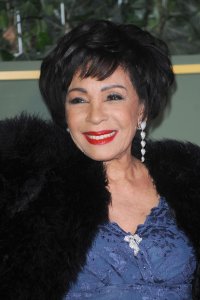 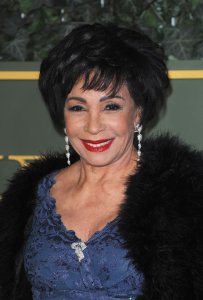 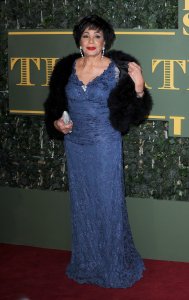 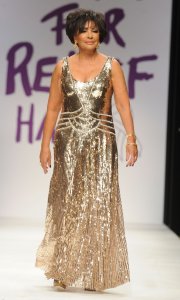 Top News // 4 years ago
The Almanac
On Jan. 8, 1918, U.S. President Woodrow Wilson delivered his Fourteen Points during a speech to a joint session of the U.S. Congress.

Top News // 5 years ago
The Almanac
On Jan. 8, 1918, President Woodrow Wilson delivered his Fourteen Points during a speech to a joint session of the U.S. Congress.

Dame Shirley Veronica Bassey, DBE (born 8 January 1937 in Cardiff, Wales), is a Welsh singer who found fame in the late 1950s and has continued a successful career since then worldwide. She is best known for recording the theme songs to the James Bond films Goldfinger (1964), Diamonds Are Forever (1971), and Moonraker (1979), and is a UNESCO Artist for Peace.

Shirley Bassey was born the last child of Eliza Jane (née Start) and Henry Bassey in Tiger Bay, Cardiff, Wales, of paternal Nigerian and maternal English descent. She grew up in the nearby working-class dockside district of Splott. After leaving Splott Secondary Modern School at the age of fourteen, Bassey first found employment packing at a local factory while singing in local public houses and clubs in the evenings and weekends. In 1953, she signed her first professional contract, to sing in a touring variety show Memories of Jolson, a musical based on the life of Al Jolson. She next took up a professional engagement in Hot from Harlem, which ran until 1954. By this time Bassey had become disenchanted with show business, and had become pregnant at 16 with her daughter Sharon, so she went back to waitressing in Cardiff. However, in 1955, a chance recommendation of her to Michael Sullivan, a booking agent, put her firmly on course for her destined career. He saw talent in Bassey, and decided he would make her a star. She toured various theatres until she got an offer of the show that put her firmly on the road to stardom, Al Read's Such Is Life at the Adelphi Theatre in London's West End. While she starred in this show, Philips A&R and record producer Johnny Franz spotted her on television, was impressed, and offered her a recording deal. Bassey recorded her first single, entitled "Burn My Candle (At Both Ends)", and Philips released it in February 1956, when Bassey was just nineteen. Owing to the suggestive lyrics, the BBC banned it, but it sold well nonetheless, backed with her powerful rendition of "Stormy Weather". Further singles followed, and in February 1957, Bassey had her first hit with "Banana Boat Song", which reached #8 in the UK Singles Chart. During that year, she also recorded under the direction of American producer Mitch Miller in New York for the Columbia label, producing the single "If I Had a Needle and Thread" b/w "Tonight My Heart She Is Crying". She then traveled to Las Vegas to make her American stage debut at the El Rancho Vegas. In mid-1958, she recorded two singles that would become classics in the Bassey catalogue. "As I Love You" was released as the B-side of another ballad, "Hands Across the Sea"; it did not sell well at first, but after a chance appearance at the London Palladium things began to pick up. In January 1959, it reached number one and stayed there for four weeks. It thus became the first number one single by a Welsh artist. Bassey also recorded "Kiss Me, Honey Honey, Kiss Me" at this point, and while "As I Love You" raced up the charts, so too did this record, with both songs being in the top three at the same time. A few months later, Bassey signed to EMI's Columbia label, and the second phase in her recording career had begun.

In the early and mid 1960s, Bassey had numerous hits on the UK charts, and five albums in the top 15. Her 1960 recording of "As Long As He Needs Me" from Lionel Bart's Oliver! reached #2, and had a chart run of 30 weeks. On 13 November 1960, Bassey made her debut performance on American television, appearing on The Ed Sullivan Show. In 1962, Bassey's collaboration with Nelson Riddle and his orchestra produced the album Let's Face the Music (#12) and the single "What Now My Love" (#5). Other top ten hits of the period included her second #1, the double A-side "Reach for the Stars"/"Climb Ev'ry Mountain" (1961), "I'll Get By" (also 1961), and a cover version of the Ben E. King hit "I (Who Have Nothing)" in 1963. During this period, Bassey appeared on the cover of Ebony magazine and sang at a Washington gala celebrating the end of President Kennedy's second year in office.

FULL ARTICLE AT WIKIPEDIA.ORG
This article is licensed under the GNU Free Documentation License.
It uses material from the Wikipedia article "Shirley Bassey."