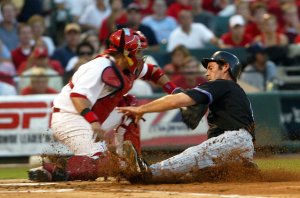 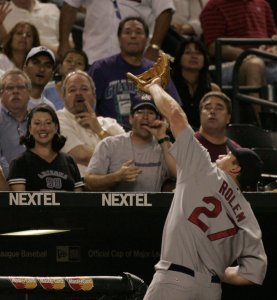 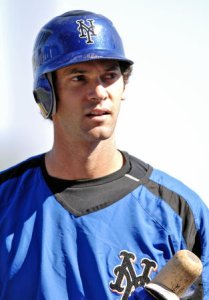 The doctor said it's not in a bad place, hopefully

Everyone's on top of the world right now, though we're obviously not going to win the rest of our games this year

Green was a 1st round draft pick and a two-time major league All-Star. He drove in 100 runs four times and scored 100 runs four times, hit 40 or more home runs three times, led the league in doubles, extra base hits, and total bases, won both a Gold Glove Award and a Silver Slugger Award, and set the Dodgers single-season record in home runs. Green was also in the top five in the league in home runs, RBIs, intentional walks, and MVP voting.

FULL ARTICLE AT WIKIPEDIA.ORG
This article is licensed under the GNU Free Documentation License.
It uses material from the Wikipedia article "Shawn Green."
Back to Article
/