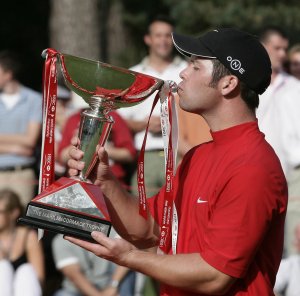 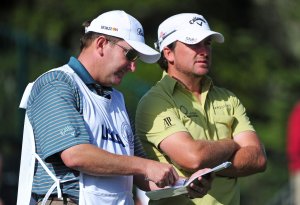 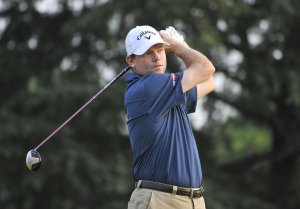 Shaun Carl Micheel (born January 5, 1969) is an American golfer who is best known for his surprise victory in 2003 in one of golf's major championships, the PGA Championship.

Micheel was born in Orlando, Florida. He attended Christian Brothers High School in Memphis and Indiana University and turned professional in 1992. He taught himself how to play golf after his parents bought a home on a golf course in Memphis. He had a very patchy early career, during which he struggled to hold onto membership on the PGA Tour. His successes included a victory in the Singapore Open in 1998 and a win on the Nike Tour (now the Nationwide Tour) in 1999. He went into the 2003 PGA Championship ranked 169th in the Official World Golf Rankings, thus becoming one of the biggest underdogs to win a major in recent times. That season, he finished 32nd on the money list. In 2004, he made the top 100 on the PGA Tour money list for the second time in his career, but he did not make the move up to being a regular high finisher.

In August 2006, Micheel returned to prominence when he finished runner-up to Tiger Woods at the PGA Championship at Medinah Country Club; he followed that with T7 two weeks later at the Deutsche Bank Championship. He was also runner-up at the 2006 HSBC World Match Play Championship, after defeating Woods in the first round. On the PGA Tour, he ended the year with 9 consecutive cuts and placed in the top 50 on the money list.

FULL ARTICLE AT WIKIPEDIA.ORG
This article is licensed under the GNU Free Documentation License.
It uses material from the Wikipedia article "Shaun Micheel."
Back to Article
/