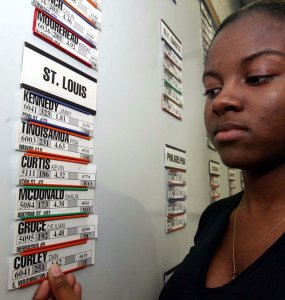 Shaun Terrance McDonald (born June 30, 1981 in Phoenix, Arizona) is an American football wide receiver for the Pittsburgh Steelers of the National Football League. He was drafted by the St. Louis Rams in the fourth round of the 2003 NFL Draft. He played college football at Arizona State.

McDonald has also played for the Detroit Lions.

The St Louis Rams made McDonald the 106th pick in the 2003 NFL Draft. At the end of the 2006 season, McDonald finished his career with the Rams with 106 catches for 1,215 yards and four touchdowns.

FULL ARTICLE AT WIKIPEDIA.ORG
This article is licensed under the GNU Free Documentation License.
It uses material from the Wikipedia article "Shaun McDonald."
Back to Article
/