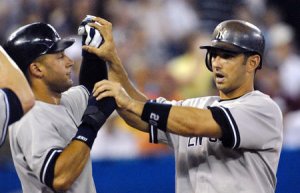 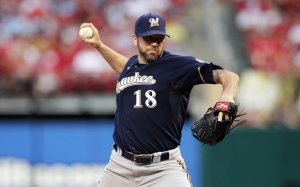 Marcum was drafted by the Blue Jays in the third round, 80th overall, of the 2003 Major League Baseball Draft. Marcum quickly rose through the minor leagues and made his major league debut on September 6, 2005 as a late season call-up from the minors in September when rosters expanded. He made his debut against the Baltimore Orioles pitching one scoreless inning, giving up a hit and one walk and one strikeout. Marcum pitched 8 innings, giving up six hits, without surrendering a run during the month of September.

FULL ARTICLE AT WIKIPEDIA.ORG
This article is licensed under the GNU Free Documentation License.
It uses material from the Wikipedia article "Shaun Marcum."
Back to Article
/