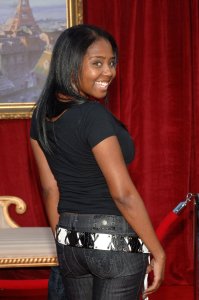 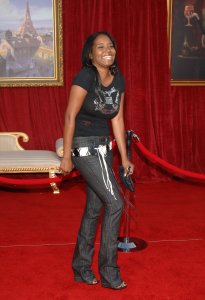 They have a lot of positive people around them, so they're good

It's kind of fitting because, you know, we're hot girls

Sharisse "Shar" Jackson (born August 31, 1976) is an American television and film actress, reality television personality and rapper/singer best known for her portrayal of Niecy Jackson on the UPN show Moesha.

Born in Boston, Jackson's mother is African American and Native American descent, and her father is of Puerto Rican and Mexican descent.

Jackson had a large role in the television show, Moesha where she played Moesha's best friend, Niecy Jackson. She has also appeared in The Bernie Mac Show. She co-starred in the Nickelodeon movie Good Burger, with Kel Mitchell and Kenan Thompson. Jackson was also featured on the ABC reality series The Ex-Wives Club with Marla Maples and Angie Everhart. The show aimed to aid men and women who have recently gone through separation or divorce. In 2009 Jackson appeared in the film I Do... I Did!. She also appeared in the dance film Steppin: The Movie

FULL ARTICLE AT WIKIPEDIA.ORG
This article is licensed under the GNU Free Documentation License.
It uses material from the Wikipedia article "Shar Jackson."