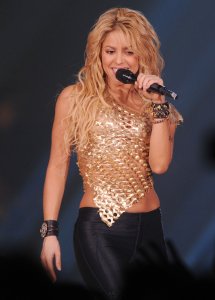 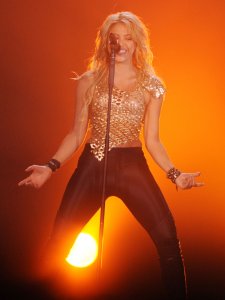 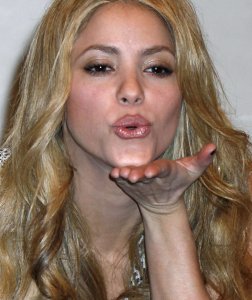 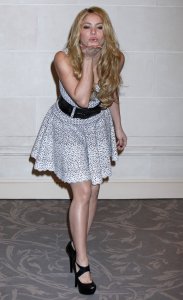 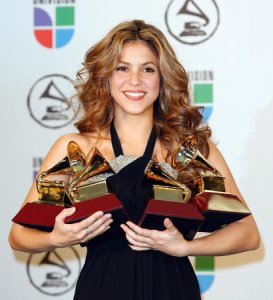 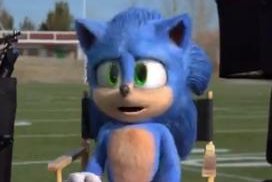 Movies // 2 weeks ago
'SpongeBob Movie' introduces Snoop Dogg in Super Bowl LIV teaser
Paramount released on Wednesday a new teaser trailer for "The SpongeBob SquarePants Movie: Sponge on the Run" which will air during the pre-game of Super Bowl LIV

Shakira Isabel Mebarak Ripoll (born February 2, 1977), known professionally as Shakira (pronounced /ʃəˈkɪərə/, Spanish:  or ), is a Colombian singer, songwriter, musician, record producer, dancer, and philanthropist who emerged as a musical prodigy in the music scene of Latin America in the early 1990s. Born and raised in Barranquilla, Colombia, Shakira revealed many of her talents in school as a live performer, demonstrating her vocal ability with rock and roll, Latin and Middle Eastern influences with her own original twist on belly dancing. Shakira is a native Spanish speaker and also speaks fluent English and Portuguese.

After commercial flops with local producers on her first two albums, and little-known outside Colombia, Shakira decided to produce her own brand of music. In 1995 she released Pies Descalzos, which brought her great fame in Latin America and Spain, and her 1998 album ¿Dónde Están los Ladrones? was a critical success. Since then she has gained many fans in semi-Hispanophone countries, and many non-Spanish-speaking countries, especially the United States. In 2001, and aided by heavy rotation of the music video, "Whenever, Wherever", she broke through into the English-speaking world with the release of Laundry Service, which sold over 20 million copies worldwide. Four years later, Shakira released two album projects called Fijación Oral Vol. 1 and Oral Fixation Vol. 2. Both reinforced her success, particularly with the most successful song in the 21st century to date, "Hips Don't Lie". From October-November 2009 Shakira released her latest album She Wolf worldwide.

She has won two Grammy Awards, seven Latin Grammy Awards, twelve Billboard Latin Music Awards and has been Golden Globe-nominated. She is also the highest-selling Colombian artist of all time, and the second most successful female Latin singer after Gloria Estefan, having sold over 50 million albums worldwide according to BMI. Additionally, she is the only artist from South America to reach the number-one spot on the U.S. Billboard Hot 100, the Australian ARIA chart, and the UK Singles Chart. Shakira is to be given a star on the Hollywood Walk of Fame.

FULL ARTICLE AT WIKIPEDIA.ORG
This article is licensed under the GNU Free Documentation License.
It uses material from the Wikipedia article "Shakira."
Back to Article
/