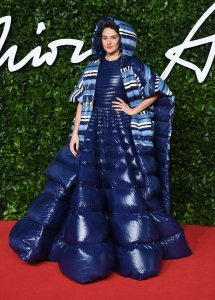 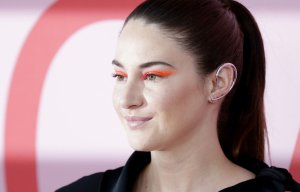 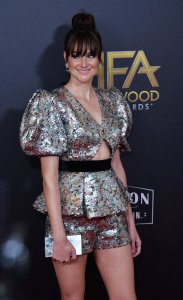 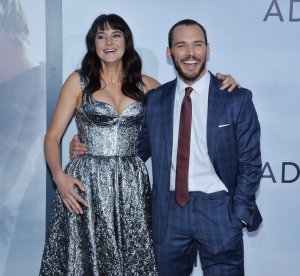 TV // 1 month ago
Jodie Foster on Aaron Rodgers shoutout: 'That makes me a Green Bay Packer'
Jodie Foster expressed her joy at getting a shoutout from NFL star Aaron Rodgers and discussed her new film "The Mauritanian" while appearing on "Jimmy Kimmel Live."

TV // 11 months ago
What to stream this weekend: 'One World' concert, '#blackAF'
This weekend's streaming options include a new show from "Black-ish" creator Kenya Barris, "#blackAF," and several digital concerts. The "One World Together at Home" event stars Lady Gaga, Elton John and dozens more.

Shailene Diann Woodley (born November 15, 1991)[1] is an American actress. Her first major role was as the main character, Amy Juergens, in the ABC Family series The Secret Life of the American Teenager (2008–13). She then appeared in the independent American drama The Descendants (2011), for which she received the Independent Spirit Award for Best Supporting Actress and a Golden Globe nomination for Best Supporting Actress – Motion Picture, and The Spectacular Now (2013), receiving the Special Jury Award for Acting at the 2013 Sundance Film Festival and an Independent Spirit Award nomination for Best Female Lead.

FULL ARTICLE AT WIKIPEDIA.ORG
This article is licensed under the GNU Free Documentation License.
It uses material from the Wikipedia article "Shailene Woodley."
Back to Article
/