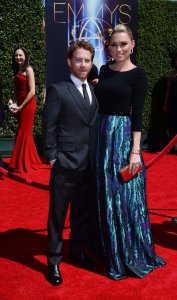 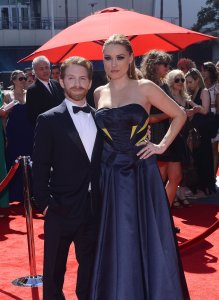 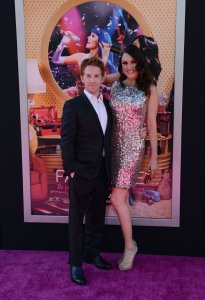 TV // 2 years ago
Cast says Seth Green's 'Crossing Swords' is the laugh we all need
"Crossing Swords" actor-producer Seth Green says he knew the idea of adorable, armless, peg-people toys trying to survive in a "Game of Thrones"-style world would make for hilarious entertainment.

Entertainment News // 2 years ago
What to stream this weekend: 'Da 5 Bloods,' 'Artemis Fowl'
Director Spike Lee's "Da 5 Bloods" and Disney's adaptation of "Artemis Fowl" are just some of the entertainment options available this weekend as viewers stay home during the COVID-19 pandemic.

Like a 'Saturday Night Live' variety show, but with toys and dolls and stuff like that. It's hard to explain, but it just looks really funny

It's a really complicated process where the lawyers tell you, 'You can't call it that,

It's like 'Saturday Night Live' with toys instead of actors

As people get older and fall out of the spotlight, people's memory of them changes. (Haim) was a really sweet and earnest performer, and that came through in everything that he did

Seth Benjamin Gesshel Green (born February 8, 1974) is an American actor, comedian, voice actor, and television producer. He is well known for his role as Daniel "Oz" Osbourne in Buffy the Vampire Slayer, as well as Dr. Evil's son Scott in the Austin Powers series of comedy films and Mitch Miller in That '70s Show. He also voices the characters of Chris Griffin on Family Guy, Lieutenant Gibbs in Titan Maximum, Systems Alliance Flight Lieutenant Jeff "Joker" Moreau in the 2007 video game Mass Effect and its 2010 sequel Mass Effect 2, and is one of the creators and producers of the stop motion comedy series Robot Chicken, where he voices many characters as well. Green appeared in many other movies, such as Rat Race, The Italian Job, Can't Hardly Wait, as a child in Stephen King's It and as Dan in the 2004 movie Without a Paddle.

Green was born and raised in West Philadelphia, a section of the City of Philadelphia, Pennsylvania. His parents are Barbara (née Gesshel), an artist, and Herb Green, a math teacher. His parents divorced when Seth was 15, causing havoc in his personal life. However, he found refuge in URJ Camp Harlam in Kunkletown, Pennsylvania, where he had been going since he was five years old. His mother worked there for a couple of years as the art director. There he discovered that performing was his true calling. After his parents' divorce, he said that camp was a place where he could reinvent himself and be good at anything he wanted. Green was raised Jewish and played a 1940s Jewish boy in Woody Allen's movie Radio Days; his ancestors were from Poland, Russia and Scotland. In this regard, he said:

Green's first movie role was in the 1984 film A Billion for Boris. At eight, Green landed his first film assignment, a co-starring role in the 1984 film The Hotel New Hampshire with Jodie Foster and Rob Lowe. He appeared in the 1987 film Can't Buy Me Love, playing the part of Patrick Dempsey's little brother, Chuckie Miller. He also starred in Woody Allen's Radio Days (1987) as Joe, and appeared in Big Business (1988) and, in the same year, in My Stepmother Is an Alien. Green appeared in the miniseries It (as Richie Tozier, age 12), all three Austin Powers movies as Dr. Evil's son, Scott, and Enemy of the State and The Italian Job as a computer specialist. He was also in the films Can't Hardly Wait, Rat Race, Without a Paddle, Idle Hands and Sex Drive. Green also had a role in the 1992 film Buffy the Vampire Slayer, but the scene he was in was subsequently cut. In 1994, he starred alongside Jennifer Love Hewitt in the short-lived series The Byrds of Paradise. He worked with Hewitt again in 1998's Can't Hardly Wait, which also featured Paige Moss, who would later play with him in Buffy the Vampire Slayer. Amber Benson (Tara Maclay, Buffy) was also in this film, but her scenes were cut in order to get a PG-13 rating.

FULL ARTICLE AT WIKIPEDIA.ORG
This article is licensed under the GNU Free Documentation License.
It uses material from the Wikipedia article "Seth Green."