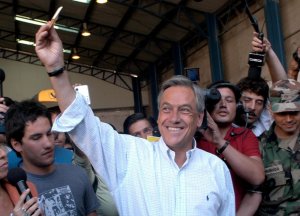 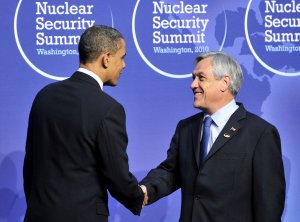 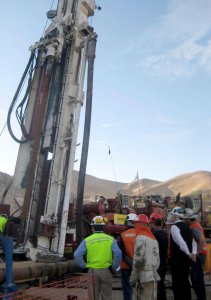 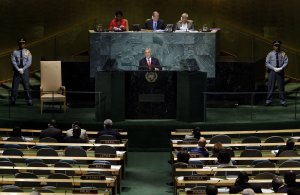 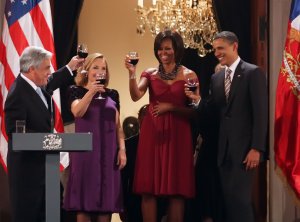 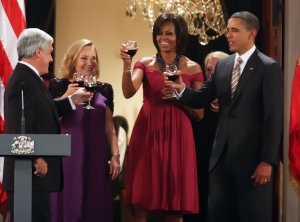 World News // 3 months ago
200 homes in Chilean city destroyed by wildfire
Firefighters in Chile struggled to contain a wild blaze that had consumed at least 200 houses over Christmas in the outskirts of a coastal Chilean city, officials said.

World News // 4 months ago
Chile government seeks constitutional changes amid unrest
Chile's government under President Sebastian Pinera has agreed to revise the country's constitution with a "constituent congress," hoping to quell the most civil unrest it's seen in decades.

World News // 5 months ago
Protests erupt in Chile despite Cabinet reshuffle
Chilean President Sebastian Pinera has replaced key members of his Cabinet amid ongoing violent protests that have resulted in at least 20 deaths.

World News // 5 months ago
Death toll climbs to 18 amid Chilean protests
Chilean police fired tear gas, rubber bullets and water cannons at the tens of thousands of protesters who took to the streets of Santiago for a sixth day despite President Sebastian Pinera's promise of reforms.

World News // 5 months ago
Chile suspends Metro price hike after 3 die in supermarket fire
Chilean President Sebastian Pinera said late Saturday that authorities will suspend a plan to increase the price of Metro tickets after a week of protests led to the death of three people in a supermarket fire. 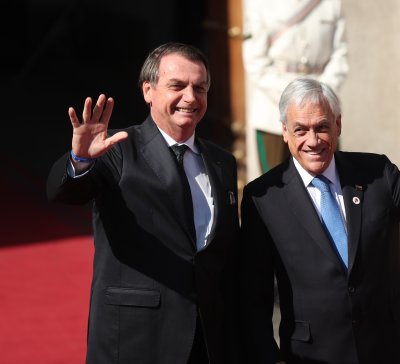 Top News // 1 year ago
On This Day: German warship Graf Spee scuttled in Uruguay
On Dec. 17, 1939, the Nazi warship Graf Spee was scuttled off the coast of Uruguay as British vessels pursued it after the Battle of the River Plate.

The Palestinians should have a sovereign state and freedom of movement. They must be allowed to live in peace with all their neighbors in the region

I saw them jumping like children, with an infinite joy. They moved their arms, they turned on their flashlights

The government has resolved to help those affected, especially those living in Lonquimay

One year after his birth, Piñera's family moved abroad to Belgium and later to New York City where his father was the Chilean ambassador to the United Nations. Piñera returned to Chile in 1955 and was enrolled in the Colegio del Verbo Divino ("Divine Word College"), from which he graduated in 1967.

Piñera then matriculated at the Pontifical Catholic University of Chile to undertake his undergraduate degree in Business and Administration, from which he graduated in 1971. Upon graduation, he was awarded the Raúl Iver Oxley Prize which is given to the best overall student of each class.

FULL ARTICLE AT WIKIPEDIA.ORG
This article is licensed under the GNU Free Documentation License.
It uses material from the Wikipedia article "Sebastian Pinera."
Back to Article
/