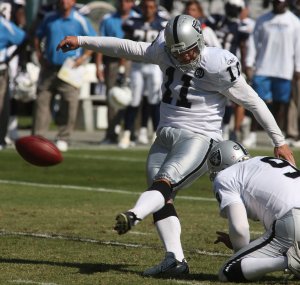 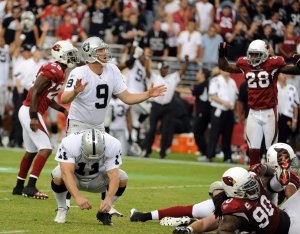 NFL // 1 year ago
Seahawks win ugly, survive Cardinals upset bid
Despite a lackluster performance, the Seahawks sealed the fifth seed in the NFC with their 10th victory of the season a 27-24 win over Arizona on Sunday. 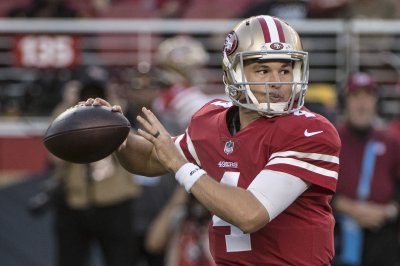 NFL // 1 year ago
Seahawks defense makes big stops in win over Panthers
Despite giving up nearly 500 yards to the Carolina Panthers, the Seattle Seahawks made just enough stops to earn a victory in Charlotte.

NFL // 1 year ago
Seahawks turn to defense in sacking of Packers
After falling behind early, the Seattle Seahawks turned to their defense in Thursday night's game against the Green Bay Packers. 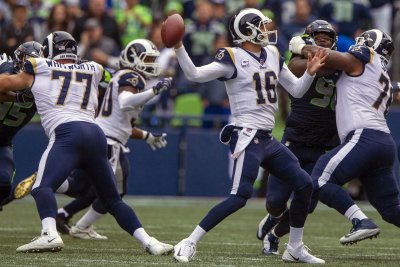 NFL // 1 year ago
Feisty Seahawks hang with Rams, but upset bid falls short
The Seattle Seahawks put up an impressive fight against the undefeated Los Angeles Rams, but quarterback Russell Wilson and the offense came up just short.

NFL // 1 year ago
Rosen provides hope for winless Cardinals
The Arizona Cardinals are the only winless team left in the NFL but first-year coach Steve Wilks sees some promise in his team following Sunday's 20-17 loss at home to Seattle.

NFL // 1 year ago
Seahawks beat Cardinals but suffer costly injuries
Overcoming a 0-2 start to the season, the Seattle Seahawks clawed back to .500 with a gut-wrenching 20-17 victory over the Arizona Cardinals.

Sebastian Janikowski (Polish pronunciation: ; born March 2, 1978, Wałbrzych, Poland) is a left footed Polish placekicker who currently plays for the National Football League's Oakland Raiders. He is nickamed The Polish Cannon because he is considered to have one of the strongest kicking legs in the league, and leads the NFL in kickoffs for touchbacks. He currently lives in Castro Valley, California. Together with Tom Dempsey and Jason Elam, he holds the NFL record for longest field goal at 63 yards.

Sebastian Janikowski was born an only child to Henryk and Halina Janikowski in Wałbrzych, southwest Poland. His father was a professional soccer player, and moved to the United States in the early 1980s in the hopes of reviving his career. Years after emigrating, his parents divorced and Henryk married an American citizen. Left at home with just his mother, Sebastian began to excel at soccer himself. In 1993, 15-year-old Sebastian earned a spot on the Polish under-17 team.

His father's marriage to an American meant that Sebastian could legally emigrate to the United States. He spoke very little English, but learned quickly by taking a three-week night class and by watching television. Janikowski played in only 5 games for the Orangewood Christian soccer team, but led them to the Class A State Championship game by scoring 15 goals, where they lost to Lakeland Christian in penalty kicks (3-2). Now living in Orlando, Florida with his father and stepmother, Sebastian joined the Orlando Lions, an under-19 soccer club coached by Angelo Rossi. Rossi was also the soccer coach at Seabreeze High School in Daytona Beach, and he convinced Henryk that his son would be better off there. Henryk agreed but was unwilling to move, so Sebastian moved in with Rossi's family.

FULL ARTICLE AT WIKIPEDIA.ORG
This article is licensed under the GNU Free Documentation License.
It uses material from the Wikipedia article "Sebastian Janikowski."
Back to Article
/