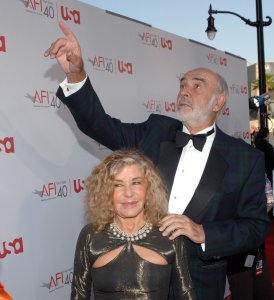 Entertainment News // 3 months ago
Royal Mail pays tribute to James Bond with new stamp collection
The United Kingdom's Royal Mail service has announced a new line of James Bond stamps just in time for the latest film in the series, "No Time To Die." 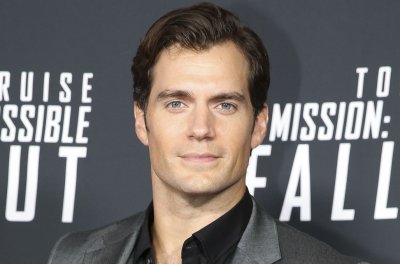 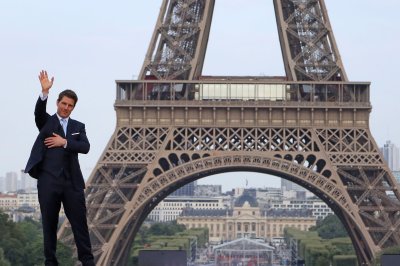 Top News // 3 years ago
The Almanac
On Aug. 25, 1985, Samantha Smith, 13, was killed with her father and six other people in a plane crash in Maine. Samantha's 1983 letter to Soviet President Yuri Andropov about her fear of nuclear war earned her a visit to the Soviet Union.

Odd News // 5 years ago
British MI5 won't hire agents with tattoos
New job descriptions posted by MI5 -- the British domestic security and counter-terrorism agency -- ban hiring agents with tattoos.
Entertainment News // 5 years ago
Benedict Cumberbatch channels his inner Tom Hiddleston in clip
Benedict Cumberbatch was challenged to do his best impersonation of fellow Brit actor Tom Hiddleston and he didn't disappoint.
TV // 5 years ago
Darrell Hammond will be new announcer for 'Saturday Night Live'
Former "Saturday Night Live" cast member Darrell Hammond is to return as the sketch comedy show's new announcer, NBC announced Thursday.
World News // 5 years ago
The vote for an independent Scotland: How we got here and why
As the citizens of Scotland prepare to decide whether or not to remain a part of the United Kingdom, UPI looks back at the events that led to the historic vote.
World News // 5 years ago
Scotland prepares for independence referendum
Scotland will decide Thursday in a binding referendum if it will become a separate nation.
Odd News // 5 years ago
English man believes he has photographed God, or 'Sean Connery or Karl Marx'
An amateur photographer snapped a shot in Norfolk that looks like God, although he concedes it could be "Sean Connery or Karl Marx."

I have just reached 70 and, after taking these pills, Barbara has told me that I am like the James Bond of 25 years ago. I have told my friends that they have to use them

The book really reflects the life and film achievements of this extraordinary man. It reflects topics of Scottish culture, high and low

Sir Thomas Sean Connery (born 25 August 1930), better known as Sean Connery, is a Scottish actor and producer who has won an Academy Award, two BAFTA Awards (one of them being a BAFTA Academy Fellowship Award) and three Golden Globes (including the Cecil B. DeMille Award and a Henrietta Award).

Connery is best-known for portraying the character James Bond, starring in seven Bond films between 1962 and 1983 (six "official" EON productions films and the non-official Thunderball remake, Never Say Never Again). In 1988, Connery won the Academy Award for Best Supporting Actor for his role in The Untouchables. His film career also includes such films as Marnie, The League of Extraordinary Gentlemen, Indiana Jones and the Last Crusade, The Hunt for Red October, Highlander, Murder on the Orient Express, Dragonheart, and The Rock. He was knighted in July 2000. Connery has been polled as "The Greatest Living Scot". In 1989, he was proclaimed "Sexiest Man Alive" by People magazine, and in 1999, at age 69, he was voted "Sexiest Man of the Century".

Connery's great grand parents emigrated to Scotland from Ireland in the mid 19th century. Thomas Sean Connery, named Thomas after his grandfather, was born in Fountainbridge, Edinburgh, to Euphemia "Effie" (née Maclean), a cleaning woman, and Joseph Connery, a factory worker and lorry driver. Both his mother's parents were native Scottish Gaelic speakers from Fife and Uig on the Isle of Skye. His father was a Roman Catholic Scot, while his mother was a Protestant. He has a younger brother, Neil (b. 1938). Connery claims he was called Sean, his middle name, long before becoming an actor, explaining that when he was young he had an Irish friend named Séamus and that those who knew them both had decided to call Connery by his middle name whenever both were present. He was, however, generally referred to in his youth as "Tommy". Although he was small in primary school, he grew rapidly around the age of 12, reaching his full adult height of 6 ft 2 inches (188 cm) at 18. He was known during his teen years as "Big Tam", and claims to have lost his virginity to an adult woman in an ATS uniform at the age of 14.

FULL ARTICLE AT WIKIPEDIA.ORG
This article is licensed under the GNU Free Documentation License.
It uses material from the Wikipedia article "Sean Connery."
Back to Article
/