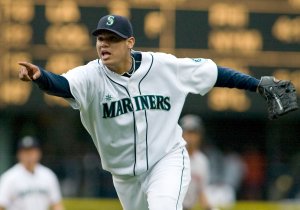 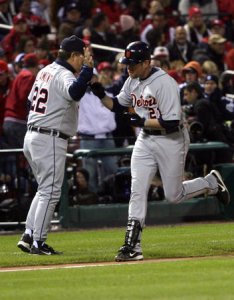 TV // 1 year ago
John Cena says he will 'never leave' the WWE on 'Late Night'
John Cena said on "Late Night with Seth Meyers" that despite his new focus on movies, he will still be a part of WWE.

Odd News // 2 years ago
Landlord finds alligator in Missouri hot tub
A Missouri landlord evicting a tenant from a property discovered a 6-foot alligator being kept in the home's hot tub.

Odd News // 3 years ago
Cat rescued from tracks at New York subway station
New York's Metropolitan Transportation Authority said workers rescued a cat from the tracks at a Brooklyn subway station after weeks of hiding.
World News // 6 years ago
Recruiting heathcare workers to fight Ebola a struggle
Although over 800 British doctors, nurses and paramedics have applied to work in Sierra Leone to combat the Ebola virus, rumors have dampened recruiting.
Sports News // 7 years ago
Maddux, Glavine, Thomas lead Baseball Hall of Fame ballot
Pitchers Greg Maddux and Tom Glavine, with six Cy Young Awards between them, and two-time MVP Frank Thomas are new names on the Baseball Hall of Fame ballot.
Special Reports // 8 years ago
ICRC helps repatriate Sudanese POWs
The International Committee of the Red Cross announced it helped repatriate 19 South Sudanese prisoners of war freed by the Sudanese government.
World News // 9 years ago
Newspaper defends Muslim terror cartoon
The editor of a Canadian newspaper is refusing to apologize for an editorial cartoon showing two Muslim men commenting on last week's Oslo terror attacks.
Odd News // 1 decade ago
Jockstrip: The world as we know it.
Suspect got away clean, almost … NYC turtlenapping: 1 count or 2? … Crasher head-butted ball organizer … Bride and groom arrested at reception … The world as we know it from UPI.
Odd News // 1 decade ago
NYC turtlenapping: 1 count or 2?
A Brooklyn, N.Y., pet-store owner is appealing to a shoplifter who made off with his two-headed turtle to bring back the missing reptile.

Father Elano has been suspended from his duties at Benedictine Hospital, where he provided pastoral care to our patients since August

Casey attended Upper St. Clair High School in Pittsburgh, Pennsylvania, and graduated from the University of Richmond, where he was a member of the Sigma Phi Epsilon fraternity. His .461 batting average in 1995 led all Division I players. He was drafted in 1995 in the 2nd round by the Cleveland Indians and was traded to the Cincinnati Reds before the 1998 season. Casey had his best year in 1999 hitting .332 with 25 HRs and 99 RBIs and 103 runs scored in 151 games. In 1999, he won the Hutch Award.

During his tenure in Cincinnati, and later in Pittsburgh and Detroit, Sean Casey was regarded as approachable and friendly, and his nickname, "the Mayor," comes from his reputation for chatting casually with every runner who makes it to first base, and from his very public charity work. It was frequently expanded to "the Mayor of Riverfront" when the Reds played at Riverfront Stadium. On May 16, 2007, Casey was voted in 2007 as "the friendliest player in baseball" by fellow players in a Sports Illustrated poll. He garnered 46% of the vote with the second place player Jim Thome getting only 7%. Casey is also regarded as among the slowest-running players in the game, grounding into 27 double plays in the 2005 season. This tied him with A.J. Pierzynski for the record of most Grounding in Double Plays by a National League Left Hander in a season.

FULL ARTICLE AT WIKIPEDIA.ORG
This article is licensed under the GNU Free Documentation License.
It uses material from the Wikipedia article "Sean Casey."
Back to Article
/