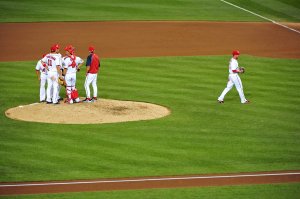 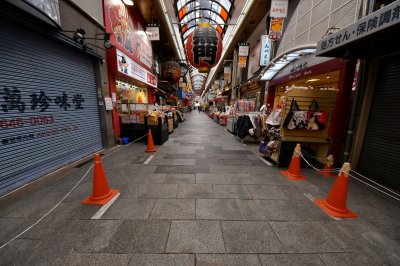 Sean Richard Burnett (born September 17, 1982 in Dunedin, Florida) is a relief pitcher for the Washington Nationals of Major League Baseball. He was drafted by the Pittsburgh Pirates in the first round in 2000 after leading Wellington High School (Wellington, Florida) to a 6A State Title in his senior year.

Known for his change-up, remarkable control, presence, and a low-90s fastball. Burnett was the Pirates Minor League Pitcher of the Year in 2001 and 2002, and 2002 Carolina League Pitcher of the Year. Baseball America named him the Carolina League's #1 prospect, and the Pirates #2 prospect. Baseball America after 2002: “Burnett was anointed as the Hillcats' ace--and he rarely disappointed. A left-hander with a 91 mph fastball and the league's best changeup, he did his part to help create a winning attitude on the field. Batters found it difficult to drive the ball in the air against him because he pitches down in the strike zone.” His velocity improved in 2002, hitting 93 mph (150 km/h). His changeup is his best pitch, he also has a good slider. Knowles: “He needs to improve his breaking ball, he makes a lot of mistakes with it, but he throws enough strikes with his other pitches that he gets by with it.”

After sporting a 14-6 record with the AA Altoona Curve in 2003, Burnett advanced to the AAA Nashville Sounds for 2004. He was recalled by the Pirates, and made his major league debut on May 30, 2004 against the Chicago Cubs. Burnett pitched five solid innings, allowing only one run, but did not get a decision in the game. He finished the 2004 season with a 5-5 record and a 5.02 ERA.

FULL ARTICLE AT WIKIPEDIA.ORG
This article is licensed under the GNU Free Documentation License.
It uses material from the Wikipedia article "Sean Burnett."
Back to Article
/