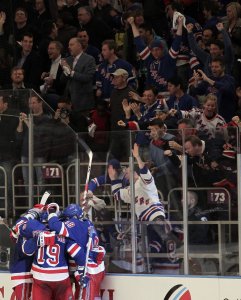 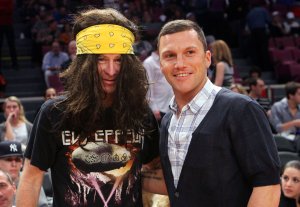 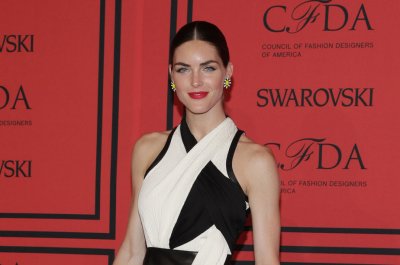 I'm really happy to be back in Calgary; I love Canada. I just want to comment on how it's become like a common thing in the NHL for guys to fall in love with my sloppy seconds

Sean Christopher Avery (born April 10, 1980) is a Canadian professional ice hockey player for the New York Rangers of the National Hockey League (NHL). He formerly played for the Detroit Red Wings, Los Angeles Kings and Dallas Stars. Prior to the NHL, Avery played for the Owen Sound Platers and the Kingston Frontenacs of the Ontario Hockey League (OHL). Avery is best-known for his success in distracting other players. Avery’s “double life” of being a professional athlete while having an interest in fashion has prompted New Line Cinema to commission a screenplay.

Avery was not drafted and was signed by the Red Wings as a free agent in 1999. He played one final season in junior before turning professional in 2000 in the American Hockey League (AHL). He broke into the NHL in the 2001–02 season, playing 36 games with the Red Wings. The Red Wings went on to win the Stanley Cup that season, but Avery did not play in the playoffs nor did he play the required 40 games to get his name engraved on the Cup.

Midway through the 2002–03 season, Avery was traded to the Los Angeles Kings in the trade for defenseman Mathieu Schneider. Avery finished the season with 15 points in 51 games. Years later, Red Wings general manager Ken Holland said that one reason he unloaded Avery was because he seemed to lack respect for the game.

FULL ARTICLE AT WIKIPEDIA.ORG
This article is licensed under the GNU Free Documentation License.
It uses material from the Wikipedia article "Sean Avery."
Back to Article
/