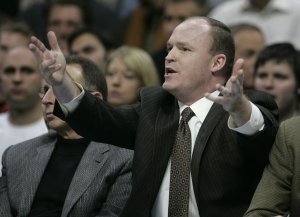 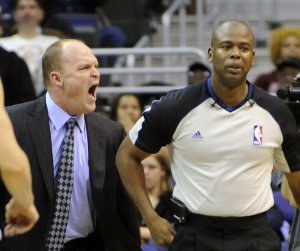 Sports News // 4 years ago
Orlando Magic play spoiler vs. Miami Heat
ORLANDO, Fla. -- Home court advantage in the first round of the playoffs may be slipping away from the Miami Heat.

Sports News // 4 years ago
Alex Len leads Phoenix Suns over Orlando Magic
ORLANDO -- The unheralded Alex Len is emerging as a shining light in this otherwise awful season for the Phoenix Suns. 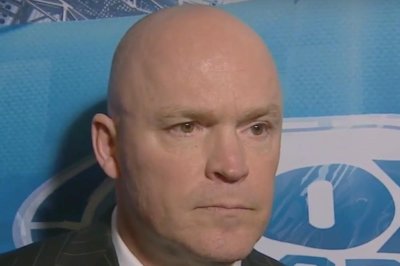 Sports News // 4 years ago
Stephen Curry scores 51, leading Golden State Warriors past Orlando Magic
ORLANDO, Fla. -- As only the great ones can, Stephen Curry made it all look so easy once again. 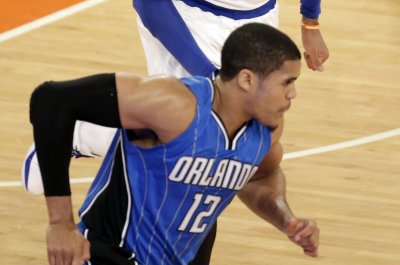 Sports News // 4 years ago
Kevin Durant hits game-winner as Oklahoma City Thunder defeat Orlando Magic
OKLAHOMA CITY -- Oklahoma City forward Kevin Durant has said on more than one occasion this year that he is at his best when the pressure is on.

Sports News // 4 years ago
San Antonio Spurs remain unbeaten at home with win over Orlando Magic
San Antonio coach Gregg Popovich sent an unconventional and mostly smaller group of players onto the floor to stir things up against upset-minded Orlando.

Sports News // 4 years ago
Orlando Magic barely hold off Boston Celtics
ORLANDO, Fla. -- The Orlando Magic faltered down the stretch, but they didn't fall as they had so many other times in January.

Sports News // 4 years ago
Reserves help Boston Celtics roll past Orlando Magic
BOSTON -- The Boston Celtics' bench has been a strength from the start of this NBA season.

We executed pretty well, we moved the ball, found the open man and the shots went down

If Bogues is out, obviously we're going to rely on Kurt (Thomas) more

Scott Allen Skiles (born March 5, 1964 in LaPorte, Indiana) is the head coach of the Milwaukee Bucks and former American professional basketball player. He also is the former head coach of the NBA's Chicago Bulls and Phoenix Suns. Skiles holds the NBA record for assists in one game, with thirty. In 1990–91 he won the NBA Most Improved Player Award.

In 1982, Skiles led Plymouth High School to the Indiana State Championship. Plymouth, with no starter taller than 6'2" and no reserve taller than 6'6", was considered to be the weakest of the final four teams in the tournament that year even though they were ranked #4 in the state with a record of 26-1 entering the state finals. Amazingly, they won the state title with a 75-74 double overtime victory over favored Gary Roosevelt. In that game, Skiles scored 39 points (to follow-up his 30 point performance against Indianapolis Cathedral that morning) to lead the Pilgrims past the Roosevelt Panthers. His long 22-foot (6.7 m) field goal, that was well beyond where the current three-point line is (no three-point shot existed in 1982) as time expired sent the game into overtime. With a student body of 900, Plymouth is the smallest school to win the championship since Milan in 1954. Skiles scored 25 of his 39 points in the championship game after the third quarter of play. During the 1982 season, Skiles led the state in scoring, averaging 30.2 points per game. He set several records during high school, including most points in a home game (53) and most points in an away game (56). He left Plymouth as the school's all-time career scoring leader (1,788 points). A record that would stand until 2005 (Kyle Benge-1,979 points). Skiles had his number 22 jersey retired at Plymouth High School in 1992.

Skiles attended Michigan State University, where in his senior season he was a First Team All-America selection as well as the Big Ten Conference MVP and scoring champion. He left MSU as its all-time career scoring leader (2,145 points) and still holds the Spartans' record for most points scored in a season (850). While in East Lansing, he was arrested and charged with felony possession of cocaine and misdemeanor possession of marijuana. The cocaine charge was dropped, and Skiles pleaded guilty to the marijuana possession. He was arrested and charged with drunken driving a year later and served 15 days in jail. During his senior season, Skiles committed a parole violation on an earlier marijuana conviction, and served a brief jail sentence.

FULL ARTICLE AT WIKIPEDIA.ORG
This article is licensed under the GNU Free Documentation License.
It uses material from the Wikipedia article "Scott Skiles."
Back to Article
/