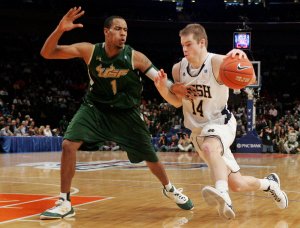 They came out of nowhere, and as soon as we lifted it and I got under it and got the boy, they just disappeared. It was amazing

Scott Martin (born 12 October 1982 in Wodonga, Victoria) is an Australian shot putter and discus throw competitor. He rose to prominence in a National Australia Bank advertisement promoting the 2006 Commonwealth Games; in the ad, Martin was shown taking part in a ballet class to improve his discus technique. He won a bronze medal in the men's shot put at the Games, and won gold in the men's discus throw.

Scott Martin is currently the Australian and Oceania record holder with a throw of 21.26 metres in the Melbourne leg of the World Athletics Tour meeting in February 2008. He beat the previous record held by Justin Anlezark at 20.96 metres.

In addition he is the 2006 Australian Shot Put champion, and he is a three-time discus champion (2004–06). Martin is currently managed by the Australian arm of Athletes1, whose Director is Rick Olarenshaw.

FULL ARTICLE AT WIKIPEDIA.ORG
This article is licensed under the GNU Free Documentation License.
It uses material from the Wikipedia article "Scott Martin."
Back to Article
/