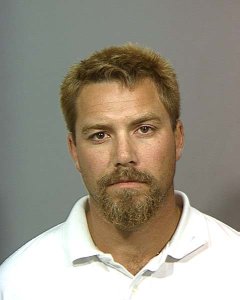 Movies // 3 weeks ago
'Mulan' becomes a warrior in final trailer
Yifei Liu defends her country from northern invaders in the final trailer for Disney's upcoming live-action remake of "Mulan." 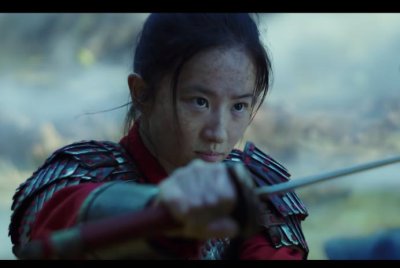 Movies // 7 months ago
Mulan vows, 'I will bring honor to us all,' in first live-action teaser
Disney released Sunday the first teaser for its upcoming, live-action version of the 1998 animated movie, "Mulan."

Movies // 4 years ago
'The Jungle Book' releases action-packed first trailer
Disney released a first trailer for the studio's live-action "Jungle Book" adaptation featuring the voice of Scarlett Johansson as the python Raa.
Special Reports // 6 years ago
Australian police seize 400 pounds of crystal meth
Australian Federal Police seized more than 400 pounds of crystal methaphetamine hidden inside the tires of a truck that had come from China aboard a ship.
Business News // 1 decade ago
IBM broadband service to reach rural areas
International Business Machines Corp. said it reached a deal to provide high-speed Internet service to rural areas using existing power lines.
Entertainment News // 1 decade ago
Naomi Awards single out British worst
As the Brit Awards honored the best musical achievements of 2005, the Naomi Awards singled out the worst Britain had to offer.
Entertainment News // 1 decade ago
'Lilo & Stitch' sequel out next week
Disney's popular 2002 "Lilo & Stitch" is finally getting a full-length sequel, in the form of a direct-to-DVD feature.
Entertainment News // 1 decade ago
Dakota makes Disney debut in 'Stitch 2'
Actress Dakota Fanning will make her Disney debut in the new animated film, "Lilo & Stitch 2: Stitch Has a Glitch."
Sports News // 1 decade ago
Tom Kite leads the Booz Allen Classic
Fifty-five-year-old Texan Tom Kite shot a 5-under 66 Saturday to take a one-stroke lead after three rounds of the Booz Allen Classic.
Entertainment News // 1 decade ago
Javine to represent U.K. in Eurovision
Javine, who played the role of of Nala in the London production of "The Lion King," will represent Britain in the Eurovision song contest.
Top News // 1 decade ago
Man charged for not assisting crash victim
In a rare case, a Canadian has been accused of failing to assist a man who lay dying after an accident.

This capability will play a crucial role in rural health, education and economic development, while closing the digital divide that exists between well served and under served America

Scott Lee Peterson (born October 24, 1972) is an American who was convicted of the murder of his wife, Laci Peterson, who was eight months pregnant. Peterson's case dominated the American media for many months.

In 2005, Peterson was sentenced to death by lethal injection. He remains on death row in San Quentin State Prison while his case is on appeal to the Supreme Court of California. He maintains his innocence.

Peterson was born in San Diego, California to Lee Arthur Peterson (born 9 May 1939) and his wife, the former Jacqueline Helen Latham (born 16 September 1943). Peterson's father worked for a trucking company, and later owned a crate-packaging business. His mother owned a boutique in La Jolla, California, called The Put On.

FULL ARTICLE AT WIKIPEDIA.ORG
This article is licensed under the GNU Free Documentation License.
It uses material from the Wikipedia article "Scott Lee."
Back to Article
/