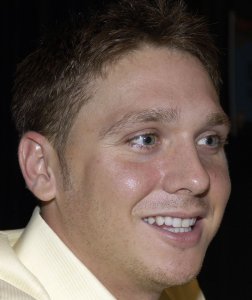 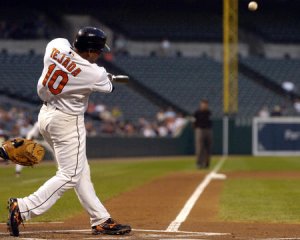 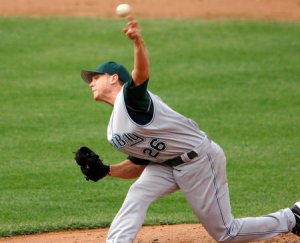 MLB // 2 years ago
Albies set to return as Braves take on Dodgers
It appears the Atlanta Braves' offense will get a lift, just in the nick of time.

MLB // 2 years ago
After ending skid, White Sox pursue another win over Athletics
The Chicago White Sox snapped an eight-game losing streak with a victory Friday night over the Oakland Athletics.

MLB // 2 years ago
Verlander, Astros go for sweep against A's
OAKLAND, Calif. -- The Oakland Athletics will encounter one of their all-time nemeses Thursday afternoon when they face Houston Astros right-hander Justin Verlander in the finale of a three-game series.

MLB // 2 years ago
Familiar face returns as Dodgers host Braves
LOS ANGELES -- Brandon McCarthy will return to Los Angeles on Friday, a place where he showed flashes of brilliance, but where his time was spent mostly with the frustration of multiple injuries.

Sports News // 3 years ago
Miami Marlins look to Giancarlo Stanton to move them past tragedy
MIAMI -- This was by far the saddest season in Marlins history.

Scott Edward Kazmir (born January 24, 1984) is a left-handed starting pitcher for the Los Angeles Angels of Anaheim. Kazmir made his Major League debut with the Tampa Bay Rays in 2004 when he was only 20 years old, and is still the franchise's all-time strikeout leader with 874. He is also among the team's leaders in earned-run average, wins, and games started.

At Cypress Falls High School, Kazmir threw four straight no-hitters as a junior. He was highly recruited after striking out 172 batters in 75 innings as a senior at Cypress Falls High School, and had verbally committed to the University of Texas. However, Kazmir was drafted in the first round (15th overall) of the 2002 MLB Draft by the New York Mets. Along with teammate Clint Everts (who was selected 5th overall by the Montreal Expos) he became half of the first pair of high school pitchers from the same team drafted in the first round.

In 2004, he was considered the top pitching prospect for the New York Mets. While playing for their Double-A team, the Binghamton Mets, he was infamously traded along with minor league pitcher Joselo Díaz to the Devil Rays on July 30, 2004 for Víctor Zambrano and Bartolomé Fortunato. This trade was big news, and continues to be widely criticized by the New York media and fan base given Kazmir's subsequent success. There is also speculation that the move may have led to the demotion of then-General Manager Jim Duquette within the organization.

FULL ARTICLE AT WIKIPEDIA.ORG
This article is licensed under the GNU Free Documentation License.
It uses material from the Wikipedia article "Scott Kazmir."
Back to Article
/