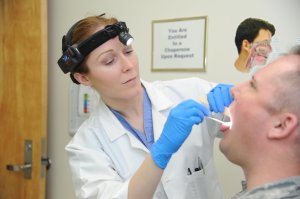 U.S. News // 2 years ago
DNA testing identifies 9/11 victim who died at World Trade Center
Nearly 18 years after the Sept. 11, 2001, attacks in New York City, authorities have identified another person whose remains were found near a Manhattan skyscraper.

World News // 4 years ago
Australian coroner says student died of hate crime -- not suicide -- in 1988
A 27-year-old American mathematician visiting Australia was the victim of a gay hate crime nearly 30 years ago, a coroner ruled Thursday.
World News // 8 years ago
Father of Toronto stage collapse victim would like to attend trial
The father of a drum technician killed in last year's stage collapse before a Toronto Radiohead concert said he would like to attend Thursday's trial.
Music // 8 years ago
13 charges filed in fatal Radiohead stage collapse in Canada
Concert promoter Live Nation Canada Inc., a staging company and an engineer have been charged in a fatal stage collapse in Toronto last summer.
TV // 8 years ago
NBC sitcom 'Community' plans puppet episode for April
NBC says the characters from its U.S. comedy series "Community" will be immortalized as puppets in an episode to air in April.
World News // 8 years ago
Investigation reopened into 1988 death
Police in Sydney have reopened their investigation into the death of a gay man from the United States who was found at the foot of a cliff in 1988.
U.S. News // 9 years ago
Man lying on tracks killed by train
A man laid face down on railroad tracks in California's San Fernando Valley and was killed when hit by a train, authorities said.

Scott Johnson is an Australian actor.

Scott is a 1996 graduate of the National Institute of Dramatic Art (NIDA) in Sydney, Australia. Since graduation, he has combined stage acting with various roles in Australian television and films.

In late 2004 Scott married his partner of 11 years, actress Rachel Gordon. The two met at NIDA.

FULL ARTICLE AT WIKIPEDIA.ORG
This article is licensed under the GNU Free Documentation License.
It uses material from the Wikipedia article "Scott Johnson."