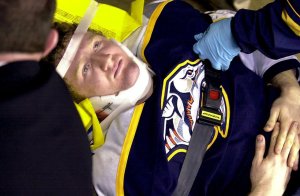 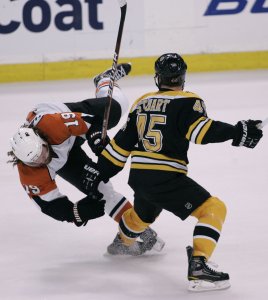 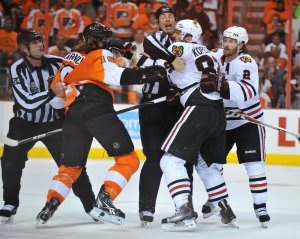 NHL // 2 years ago
Jets, Predators look to break series tie
The Nashville Predators and Winnipeg Jets often put on what coaches and players alike have described as a track meet on skates. 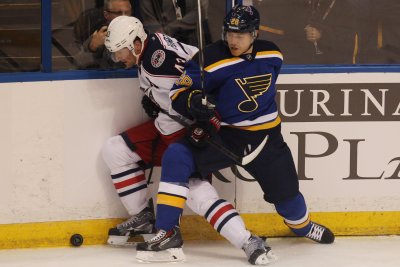 NHL // 3 years ago
NHL playoff series preview: Pittsburgh Penguins-Columbus Blue Jackets preview, update
COLUMBUS, Ohio -- One more win and the Pittsburgh Penguins sweep their way to the next round of the NHL Stanley Cup playoffs.

It's always fun to score a goal, that is what hockey is about

Prior to entering the NHL, Hartnell played two seasons of Canadian Junior-A hockey for the Lloydminster Blazers of the Alberta Junior Hockey League (AJHL). He then spent two seasons playing for the Prince Albert Raiders of the Western Hockey League (WHL). In the 1999–2000 season, Hartnell was not only the captain of the Raiders, but he led the team with 82 points and was named team MVP. He was also chosen to play for Bobby Orr in the Canadian Hockey League (CHL) Top Prospects Game.

Hartnell was the sixth overall pick in the 2000 NHL Entry Draft by the Nashville Predators. Considered a gritty power forward at 6 feet 2 inches tall, the left winger was the youngest player in franchise history to play for the Predators. He was also the youngest player in the NHL in the 2000–01 season. Hartnell's first NHL game was played in Japan against the Pittsburgh Penguins as part of a 2 game set planned by the NHL to raise international interest in the league. Hartnell has stated that this game marks his favorite NHL moment.

FULL ARTICLE AT WIKIPEDIA.ORG
This article is licensed under the GNU Free Documentation License.
It uses material from the Wikipedia article "Scott Hartnell."
Back to Article
/