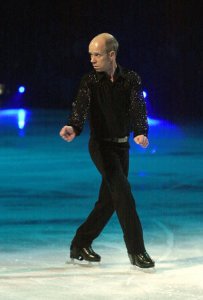 Top News // 5 years ago
The Almanac
On Aug. 28, 1963, Martin Luther King Jr. delivered his "I have a dream" speech from the steps of the Lincoln Memorial before more than 200,000 people gathered for a "Freedom March" in Washington.
Business News // 7 years ago
Boeing threatens to retreat from Washington
U.S. airplane maker Boeing Co. says it will move production out of Washington state if union workers and state lawmakers do not accept its contract proposal.
Odd News // 8 years ago
The almanac
UPI Almanac for Wednesday, Aug. 28, 2013.
Odd News // 9 years ago
The almanac
UPI Almanac for Tuesday, Aug. 28, 2012.
Entertainment News // 1 decade ago
Scott Hamilton on rebound from cancer
Olympic skating champion Scott Hamilton says he is getting as back to normal as possible as he recovers in Tennessee from brain tumor surgery earlier this year.
Sports News // 1 decade ago
Scott Hamilton OK after brain surgery
U.S. figure skater and former Olympic gold medalist Scott Hamilton is doing well after brain surgery to remove a benign tumor, a spokesman said Thursday.

Cancer doesn't like to be treated with a lack of respect

Hamilton was born in Ohio. He was adopted at the age of six weeks by Dorothy (née McIntosh), a professor and Ernest S. Hamilton, a professor of biology, and raised in Bowling Green, Ohio. He has two siblings, older sister Susan (his parents' biological daughter) and younger brother Steven (who was also adopted). He attended Kenwood Elementary School. When Scott was two years old he contracted a mysterious illness that caused him to stop growing. After numerous tests and several wrong diagnoses (including a diagnosis of cystic fibrosis that gave him just six months to live), the disease began to correct itself. His family physician sent him to Boston Children's hospital to see a Dr. Shwachman. Sources are unable to verify if he was actually diagnosed by Dr. Shwachman as having Shwachman-Diamond syndrome. It is said that a special diet and exercise cured the problem. However, he grew to only 5-foot-2½ and he weighed only 108 pounds during his peak skating years. Scott attended Bowling Green State University in Ohio.

At age 13 he began training with Pierre Brunet, a former Olympic champion. In 1976 however, he was almost forced to quit skating because the cost of training was too high, and he enrolled in college. However, Helen and Frank McLoraine stepped in to provide financial support for Hamilton to continue his training.

FULL ARTICLE AT WIKIPEDIA.ORG
This article is licensed under the GNU Free Documentation License.
It uses material from the Wikipedia article "Scott Hamilton."
Back to Article
/