TV // 5 months ago
What to binge next: Frighten yourself with horror TV shows
Here are 11 scary TV shows streaming now to deliver more scares than even the longest running horror movie franchises. 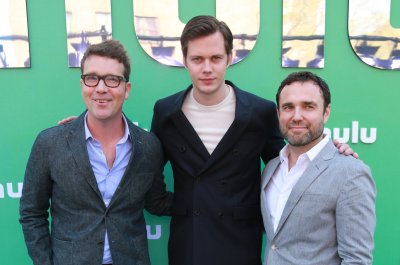 TV // 2 years ago
Hulu renews 'Castle Rock' for Season 2
Hulu said it is working on more episodes of its horror drama "Castle Rock," which is set in the Stephen King multiverse.

TV // 2 years ago
'Castle Rock' to premiere on Hulu July 25
Hulu released a new teaser Wednesday for "Castle Rock," its psychological-horror anthology series, which is set in the Stephen King multiverse. 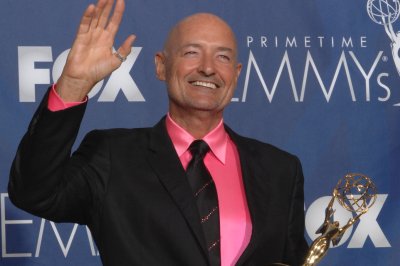 Theodore Scott Glenn (born January 26, 1941) is an American actor. His roles have included Wes Hightower in Urban Cowboy (1980), astronaut Alan Shepard in The Right Stuff (1983), Commander Bart Mancuso in The Hunt for Red October (1990), and Jack Crawford in The Silence of the Lambs (1991).

Glenn was born Theodore Scott Glenn in Pittsburgh, Pennsylvania, the son of Elizabeth, a homemaker, and Theodore Glenn, a business executive. He grew up in Pittsburgh and has Irish and Native American ancestry. During his childhood he was regularly ill, and for a year was bed-ridden. Through intense training programs he recovered from his illnesses, also overcoming a limp. After graduating from a Pittsburgh high school, Glenn entered The College of William and Mary where he majored in English. He then joined the Marine Corps for three years and worked roughly five months as a reporter for the Kenosha Evening News. He then tried to become an author, but found he could not write good dialogue. To learn the art of dialogue, he began taking acting classes.

In 1965, Glenn made his Broadway debut in The Impossible Years. He joined George Morrison's acting class, helping direct student plays to pay for his studies and appearing onstage in La MaMa Experimental Theatre Club productions. In 1967, he married Carol Schwartz; Glenn converted to his wife's Judaism upon their marriage. In 1968, he joined The Actors Studio and began working in professional theatre and TV. In 1970, director James Bridges offered him his first movie role, in The Baby Maker, released the same year.

FULL ARTICLE AT WIKIPEDIA.ORG
This article is licensed under the GNU Free Documentation License.
It uses material from the Wikipedia article "Scott Glenn."
Back to Article
/