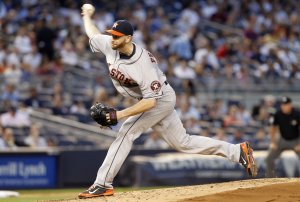 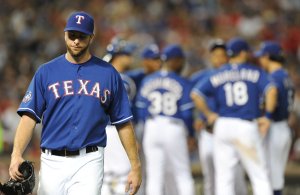 Sports News // 3 years ago
Adam Duvall, Cincinnati Reds power past Chicago Cubs
CINCINNATI -- Adam Duvall hit a three-run homer and Scott Feldman tossed seven shutout innings to lift the Cincinnati Reds to a 5-0 victory over the Chicago Cubs in the opener of a three-game series on Friday night at Great American Ball Park.

MLB // 3 years ago
Cincinnati Reds beat Washington Nationals to end four-game skid
Scooter Gennett, picked up on waivers in late March from the Milwaukee Brewers, is beginning to make the transaction look like a steal for the Cincinnati Reds.

After going 25–2 in his first two years of college baseball, he was drafted in the 30th round by the Rangers in 2003. Feldman had Tommy John surgery later that year. He followed it up with a minor league career in which he had a 2.70 ERA, and held batters to only 6.6 hits per 9 innings, pitching almost exclusively in relief.

After pitching out of the bullpen while bouncing back and forth between Texas and its Triple-A affiliate in 2005–07, Feldman converted to a starter in 2008. He established himself in 2009 with a breakout season for the Rangers. He was 17–8, tied for 4th in the American League in wins, and tied the major league record with 12 victories on the road.

FULL ARTICLE AT WIKIPEDIA.ORG
This article is licensed under the GNU Free Documentation License.
It uses material from the Wikipedia article "Scott Feldman."
Back to Article
/