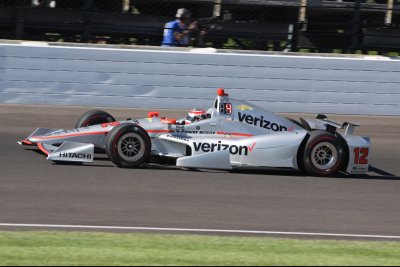 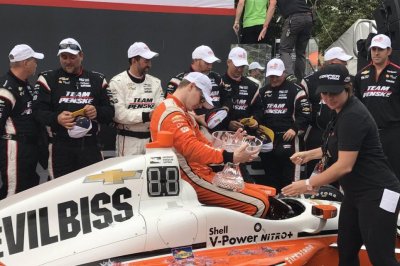 Coming into Kansas, a lot of people told me that this place kind of owes me one

Our race car is very similar to our qualifying setup

Scott Ronald Dixon, MNZM (born 22 July 1980) is a New Zealand motor racer who became the most successful all-time driver in the Indy Racing League (IRL) championship in the United States when he won the Honda Indy 200 at Mid-Ohio in August 2009. This took his total to 21 wins. Competing for Chip Ganassi Racing since joining IndyCar, Dixon has won the championship twice, 2003 and 2008, and he won the 92nd Indianapolis 500 in 2008 from pole position.

At Kentucky in August that year he equalled the record for six wins in a season. Known as a consistent race finisher, Dixon has twice in his IndyCar career set the record for finishing the highest number of consecutive races, 28, at Watkins Glen in 2005, and again at Mid-Ohio in 2007 He has been on the podium 48 times from the 90 races he has completed, and his ratio of wins to career starts is the best of alltime regular drivers in the IRL.

FULL ARTICLE AT WIKIPEDIA.ORG
This article is licensed under the GNU Free Documentation License.
It uses material from the Wikipedia article "Scott Dixon."
Back to Article
/