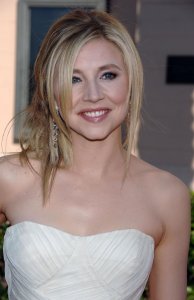 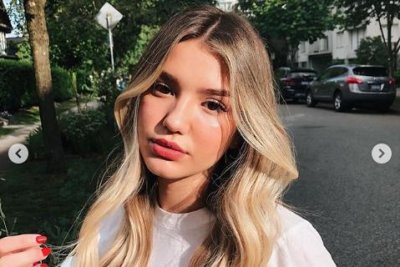 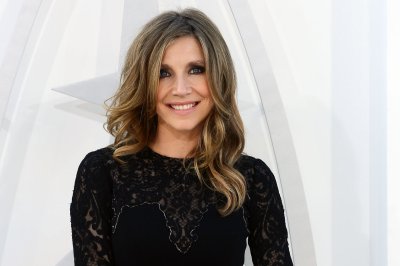 TV // 9 months ago
Sarah Chalke to co-star with Katherine Heigl in 'Firefly Lane'
"Roseanne" and "Scrubs" alum Sarah Chalke has landed a role in the 10-part Netflix series, "Firefly Lane."

TV // 1 year ago
Zach Braff, Donald Faison and cast of 'Scrubs' reunite
The cast of "Scrubs," including Zach Braff and Donald Faison, reunited to take part in a panel discussion at the 2018 Vulture Festival in Los Angeles.

TV // 2 years ago
70 new 'Rick and Morty' episodes are in the works
Seventy new episodes of the animated comedy series "Rick and Morty" have been ordered for Turner's Adult Swim programming block.

TV // 2 years ago
Roseanne tells Dan: 'I thought you were dead' in Season 10 trailer
ABC released its first trailer for the upcoming revival of its sitcom "Roseanne" during Sunday's Oscars ceremony.

TV // 2 years ago
Two more 'Roseanne' favorites return for revival
Actress and comedian Sandra Bernhard has announced she is returning to "Roseanne," the classic sitcom ABC is reviving for next year.

TV // 2 years ago
'Rick and Morty' gets a Season 3 premiere date and trailer
Cartoon Network says Season 3 of its Adult Swim animated series "Rick and Morty" will begin airing on July 30.

TV // 3 years ago
ABC confirms 'Roseanne' return, says both Becky actresses will be back
The classic sitcom "Roseanne" is getting an eight-episode, sequel series on ABC.

Top News // 3 years ago
The Almanac
On Aug. 27, 1928, the Kellogg-Briand Pact, outlawing war as a means to settle international disputes, was signed by 15 nations in Paris. World War II began 11 years later.

Sarah Chalke (pronounced /ˈtʃɔːk/; born August 27, 1976) is a Canadian actress, best known for portraying Dr. Elliot Reid on the NBC/ABC comedy Scrubs. She is also known for her roles "Second Becky" Conner Healy on Roseanne, and Stella Zinman in the CBS sitcom How I Met Your Mother.

Chalke was born in Ottawa, Ontario, and raised in Vancouver, British Columbia. She is the middle of the three daughters of Douglas and Angie Chalke. Her mother is originally from Rostock, Germany. According to a Scrubs commentary track, she used to attend the German school in her hometown twice a week. Her first language is English, although she speaks French fairly well and German fluently. This was later incorporated to her character Elliot Reid in Scrubs, who also speaks German fluently and French well. Chalke graduated from Handsworth Secondary School in North Vancouver in 1994.

Chalke's acting career began at the age of eight when she began appearing in musical theatre productions. At 12, she became a reporter on the Canadian children's show KidZone. In 1993, she took over the role of Rebecca Conner-Healy on Roseanne after Lecy Goranson left the series; she made a cameo appearance as a different character in the Roseanne episode "Halloween: The Final Chapter" (#178, originally aired October 31, 1995). She returned briefly to Canada where she starred in the CBC Television drama Nothing Too Good for a Cowboy (1998–1999).

FULL ARTICLE AT WIKIPEDIA.ORG
This article is licensed under the GNU Free Documentation License.
It uses material from the Wikipedia article "Sarah Chalke."
Back to Article
/