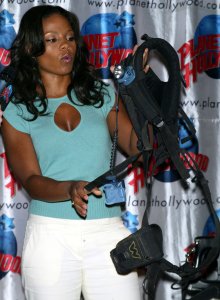 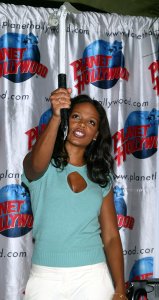 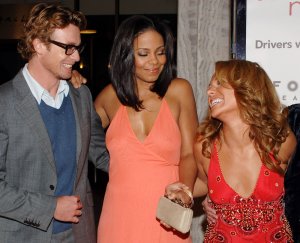 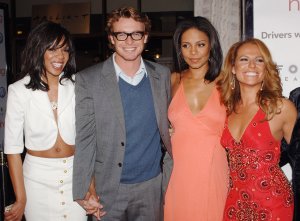 TV // 1 year ago
Adam Scott, Kumail Nanjiani star in 'The Twilight Zone' trailer
"The Twilight Zone" has been reimagined for new audiences in the latest trailer for the upcoming reboot of the classic sci-fi and horror anthology series.

TV // 1 year ago
'Twilight Zone' reboot to premiere in April
CBS has announced that its upcoming reboot of classic anthology series "The Twilight Zone," will be arriving on streaming service CBS All Access on April 1. 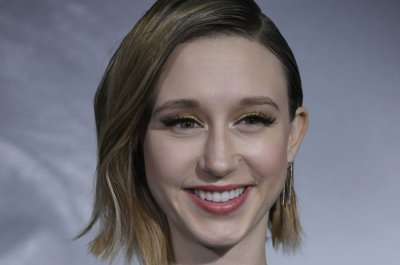 Sanaa McCoy Lathan (born September 19, 1971) is an American actress. She has starred in box office hits such as: Love & Basketball, Alien vs. Predator, Something New, and The Family That Preys.

Lathan was born in New York City and attended Manhattan Center for Science and Mathematics. Her first name means "work of art" in Swahili. Her mother, Eleanor McCoy, was an actress and dancer who performed on Broadway with Eartha Kitt. She is of African American and Native American descent. Her father, Stan Lathan, worked behind the scenes in television for PBS, as well as a producer on shows such as Sanford & Son and Russell Simmons' Def Comedy Jam. Her parents divorced when she was young, however she remained close with both of her parents, moving between both Los Angeles and New York. Her brother is Tendaji Lathan (now a DJ).

She graduated from the University of California, Berkeley with a degree in English. Lathan contemplated a career in law, but instead enrolled at the Yale School of Drama.

FULL ARTICLE AT WIKIPEDIA.ORG
This article is licensed under the GNU Free Documentation License.
It uses material from the Wikipedia article "Sanaa Lathan."
Back to Article
/