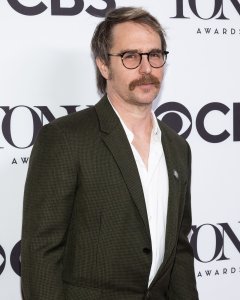 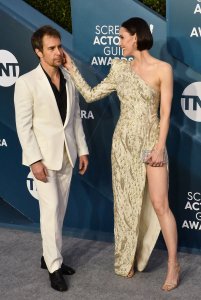 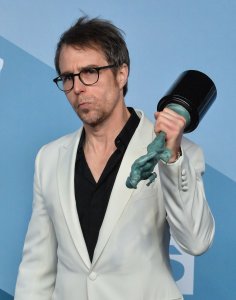 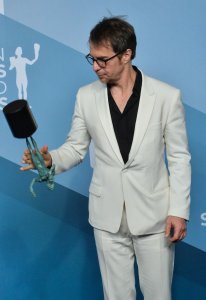 TV // 6 months ago
'F is for Family' teaser introduces Neil Patrick Harris, Patti LuPone
"F is for Family," an animated comedy starring Bill Burr, Laura Dern and Justin Long, will return for a fifth and final season on Netflix in November.

Entertainment News // 1 year ago
What to stream this weekend: 'Chemical Hearts,' 'Lucifer'
Lili Reinhart and Austin Abrams star in Amazon's romance drama "Chemical Hearts," and Netflix's "Lucifer" is back with Season 5 Part 1 this weekend.

Entertainment News // 1 year ago
Angelina Jolie says daughter Shiloh inspired her to join 'Ivan' movie
Angelina Jolie discussed her connection to her new film, "The One and Only Ivan," released Friday on Disney+.

I haven't seen (the play) yet, actually. I'm going to see it towards the end. I kind of want to get my own impressions on the character first, but I definitely want to see it

I'm going to see Jim in about a week or two. I've hung out with him a little bit and he's a cool guy. He and Bob Zelnick -- their characters in the play -- did a lot of the research to get a conviction and a confession out of Richard Nixon in the David Frost interviews

Sam Rockwell (born November 5, 1968) is an American actor known for his leading roles in Confessions of a Dangerous Mind, Choke and Moon, as well as for his supporting roles in The Green Mile, The Assassination of Jesse James by the Coward Robert Ford, The Hitchhiker's Guide to the Galaxy, Frost/Nixon, Galaxy Quest, Matchstick Men, Everybody's Fine and Iron Man 2.

He was born in Daly City, California, the son of actors who divorced when he was five years old. He was raised by his father, Pete Rockwell, in San Francisco, while his mother, Penny Hess, stayed behind in New York (he spent his summer vacations with her). Rockwell had what The New York Times described in 1998 as a "footloose upbringing" and, at age 10, made his brief stage debut playing Humphrey Bogart in an East Village improv comedy sketch starring his mother. His mother had an unconventional lifestyle - she was involved with hippies, sex, and drugs.

He attended San Francisco School of the Arts with Margaret Cho and dropped out before graduation. He later received his high school diploma after his parents enrolled him in an Outward Bound-style alternative high school called Urban Pioneers because, as Rockwell explained, "I just wanted to get stoned, flirt with girls, go to parties." The school, the actor said, "had a reputation as a place stoners went because it was easy to graduate," but the program ended up helping him regain an interest in performing. After appearing in an independent film during his senior year, he graduated and moved to New York to pursue an acting career.

FULL ARTICLE AT WIKIPEDIA.ORG
This article is licensed under the GNU Free Documentation License.
It uses material from the Wikipedia article "Sam Rockwell."