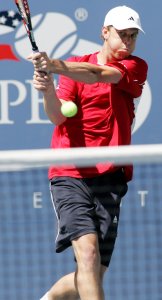 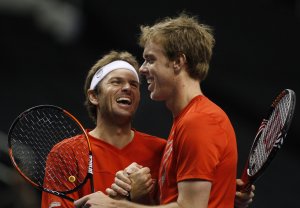 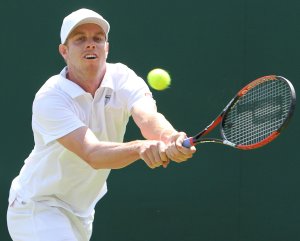 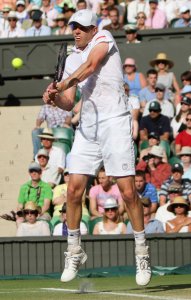 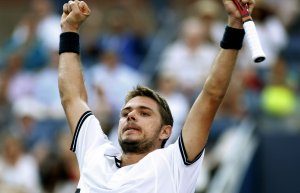 Sports News // 1 year ago
Wimbledon 2019: Roger Federer, Rafael Nadal advance to semifinal
Rafael Nadal and Roger Federer will battle for a spot in the 2019 Wimbledon men's final after winning their respective quarterfinal matchups Wednesday in London.
Sports News // 2 years ago
Doubles tennis great Bob Bryan returns to court in Washington
Bob Bryan came back to compete in men's doubles with brother Mike Thursday with the Washington Kastles. The team is looking forward to work together for more tournaments appearances.

Tennis // 3 years ago
Shanghai Masters: Rafel Nadal, Roger Federer reach quarters
Rafael Nadal and Roger Federer both cruised through their Thursday matches to earn spots in the quarterfinals of the Shanghai Rolex Masters in China.

Tennis // 3 years ago
U.S. Open: Rafael Nadal cruises past Kevin Anderson for title
NEW YORK -- For all the injuries, upsets and withdrawals at this topsy turvy U.S. Open, Rafael Nadal restored some order on Sunday. 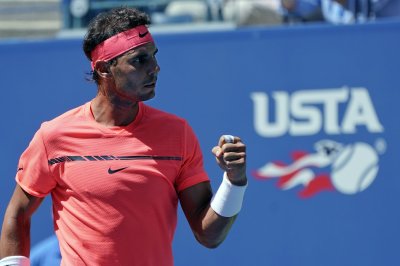 Sports News // 3 years ago
Rogers Cup: Roger Federer crawls into quarters
Second-seeded Roger Federer advanced to the quarterfinals of the ATP Rogers Cup in Montreal on Thursday, but it was not easy.

Federer advances to second round in Paris May 26, 2008

Sam Austin Querrey (born October 7, 1987) is a professional American tennis player from Thousand Oaks, California currently living in Las Vegas, Nevada. As of August 2010, he is the fourth-highest ranked American. His career high rank was #17, achieved on January 31, 2011. His height allows him to play with a strong serve and forehand. Querrey holds the record for most consecutive service aces since the ATP began keeping records of those statistics, with 10 in a 2007 match against James Blake. His regular doubles partner is fellow American John Isner.

Querrey turned down a scholarship offer from USC to turn pro. His father Mike Querrey recommended that his son try making it in tennis, as he often regretted his own decision to go to the University of Arizona rather than play baseball for the Detroit Tigers which had drafted him. Sam Querrey said that going pro was "one of the toughest decisions of my life."

FULL ARTICLE AT WIKIPEDIA.ORG
This article is licensed under the GNU Free Documentation License.
It uses material from the Wikipedia article "Sam Querrey."
Back to Article
/